New renderings have been revealed of the Renzo Piano Building Workshop-designed Academy of Motion Pictures as the project races toward its 2019 completion date. Located along LA’s Miracle Mile, the museum is striving to become “the world’s premier institution dedicated to the art and science of movies.” 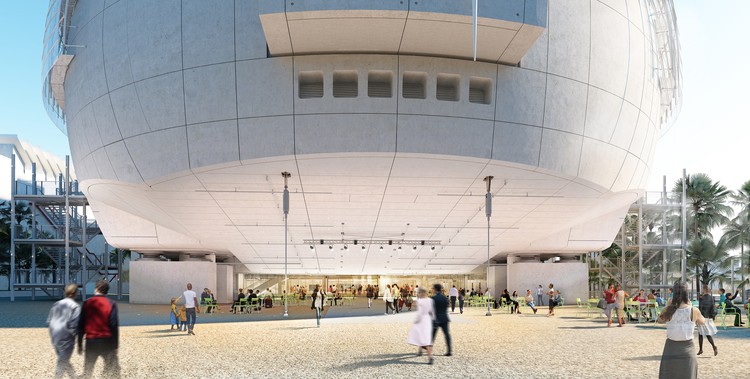 Partnering with Gensler, Piano’s design consists of the renovation of and addition to the Moderne-style May Company department store located at the corner of Fairfax and Wilshire. To be renamed the Saban Building, the six-story structure will contain more than 50,000 square feet of exhibition space, a high-tech education studio, a 288-seat theater, a museum store, a restaurant, cafe and a variety of public and event spaces.

The project’s signature element, however, is the new giant glass sphere that will house the 1,000-seat David Geffen Theater, which will be capable of hosting a range of performances, screenings and premiers.

Surprisingly, the institution will be LA’s first museum dedicated to motion pictures. Three-quarters of the $388 million fundraising goal has now been reached, with completion anticipated for 2019.

See all the new images in the gallery below, and learn more about the project, here.

In discussion with Christopher Hawthorne of the , Renzo Piano has taken his comments of modesty - verging on "self-deprecation" - to a new level. In response to questions about the design of the proposed Motion Picture Academy in Los Angeles he has said: "I don't think it will be that bad. 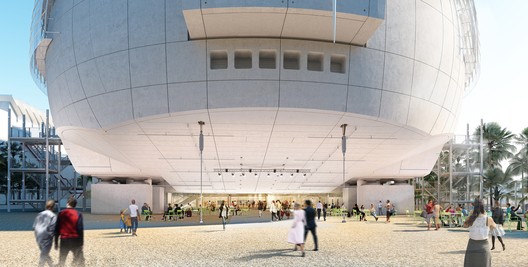