The Royal Architectural Institute of Canada (RAIC) has announced Tezuka Architects’ Fuji Kindergarten in Tokyo as the winner of the 2017 Moriyama RAIC International Prize. Established by Canadian architect Raymond Moriyama and the RAIC in 2014, the $100,000 prize is awarded every two years to recognize a single work of architecture from around the globe “that is judged to be transformative within its societal context and promotes the values of social justice, equality, and inclusiveness.”

"I feel now there is someone who understands this project well. I think it's quite a unique prize because it's about contributing to society,” commented Takaharu Tezuka. "It looks like a simple structure. But it's a layering of many ideas combined."

Fuji Kindergarten was selected from a four-strong shortlist including BIG’s 8 House in Copenhagen; the Melbourne School of Design by John Wardle Architects and NADAAA; and the Village Architect, Shobac Campus by MacKay-Lyons Sweetapple Architects. The inaugural prize was won by Li Xiaodong for his design of the Liyuan Library, located in a small village outside Beijing.

“This is a prize that will continue to acknowledge the important work of transformative architecture worldwide and its designers,” commented Raymond Moriyama. “No matter the scale or size of the building, the Prize provides an opportunity to recognize design qualities which make a positive contribution. Society is evolving, we hope, toward more equality and social justice. Architects can provide leadership by creating inspiring buildings in service to a community.”

Completed in 2007 in Tokyo, Japan, the Fuji Kindergarten is a single-story, oval-shaped building that encourages children to play and interact by breaking down the physical barriers found in the typical early childhood educational architecture. Large sliding glazed doors lining the interior of the ring are opened up for a majority of the year, allowing children to freely pass between indoor and outdoor areas, encouraging independence and socialization. An accessible roof becomes the main play space for the school, giving students an endless path to run, jump and play.

All these design decisions have led to a learning environment that improves learning ability, calmness and focus, even in children with behavioral disorders.

“What we want to teach through this building are values of human society that are unchanging, even across eras,” said Tezuka Architects in their submission statement. “We want the children raised here to grow into people who do not exclude anything or anyone. The key to Fuji Kindergarten was to design spaces as very open environments, filled with background noise. When the boundary disappears, the constraints disappear. Children need to be treated as a part of the natural environment.”

“What perhaps sets the Fuji Kindergarten apart is the sheer joy that is palpable in this architecture,” said Barry Johns, FRAIC, Jury Chair and a Trustee of the RAIC Foundation. “It is one of those rare buildings—comprised of a geometric plan, a single section, a roof, and a tree—that in their utter simplicity and unfettered logic magically transcend the normal experience of learning. This winning project should give all architects around the world reason for great optimism that humanity benefits enormously from the creation of such a deeply simple and yet sophisticated architecture of unquestionable redeeming value.”

In addition to the $100,000 grand prize, three $5,000 scholarships were awarded to three architecture students: University of Waterloo student (and ArchDaily intern) Osman Bari; Alykhan Neky of Ryerson University; and Tanya Southcott, McGill University. Winners were selected based on an illustrated 1,000-word essay on the following topic: Please describe the moment—the circumstances, the nature of the event—when you decided to become an architect, or when you knew that your decision to become an architect was the right one.

“The student scholarships are equally important to raise the aspirations of up-and-coming architects,” said Moriyama. “I congratulate the three winners and wish them well in their pursuit of architecture as a worthy profession.” 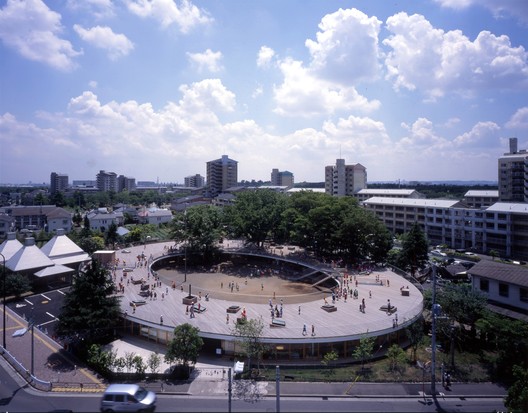