Text description provided by the architects. The project aimed to question the relationship that Quebeckers have with their built heritage. We were trying to create a distinctive element, in contrast to the highly touristic environment it’s questioning. The pink monolithic passage generates the illusion of a crossing; It offers visitors a colorful and immersive experience that plunges them into another universe that passes through a historical piece of architecture.

The perforation lets hundreds of light beams penetrate as they follow the sun's cycles. At the end of the passage, an inclined mirror returns the back of the frames that are painted in another color in order to give the illusion of a continuity. We seem to be able to cross this impassable fortification as the angle of the mirror hides our reflexion and shows a different path.

The royal battery was originally a front in the St. Lawrence River. Built at the end of the 17th century, the fortification was designed to protect the territory and its resources against invasion.

However, over the years, the structure has disappeared from the Québec City waterfront. Then obsolete and completely abandoned, it deteriorated and was buried under successive layers of bitumen. It was only in 1977 that the drum was completely unearthed and rebuilt. Today, the water again cyclically touches the foot of the fortification; It is then that the residue of history regains sporadically its meaning.

Why have we rebuilt what we ourselves have forsaken? Ironically, the impassable moat is no longer. What then becomes of his role in the contemporary city? Impostor seeks to question the authenticity of the area by creating a false passage in a false royal battery; Two fake pieces that meet each other.

False moat, false drawbridge. Who is the true impostor? What remains of authenticity in this sector? The battery? The passage? Our image ...? 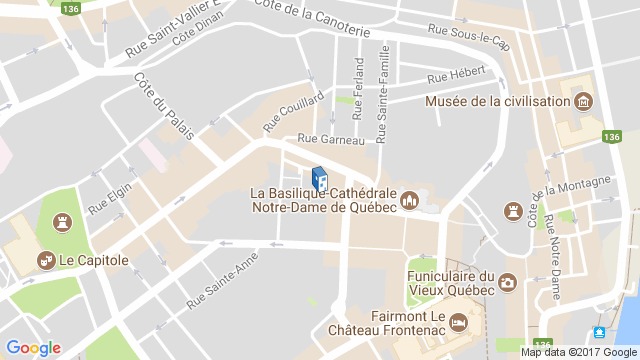 Location to be used only as a reference. It could indicate city/country but not exact address.
Share
Or
Copy
About this office
Les Malcommodes
Office
••• 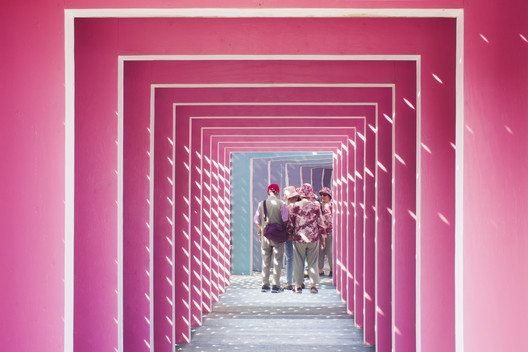