One of Louis Kahn’s most unique and lesser-known projects, the floating concert hall known as Point Counterpoint II, is at risk of demolition, reports the Pittsburgh Post Gazette.

Built from 1964 to ’67 as part of celebrations for the American Bicentennial, the 195-foot-long vessel has since been used as the waterborne home of the American Wind Symphony Orchestra (AWSO), allowing the group to take their own venue places as far away as Paris, France and St. Petersburg, Russia. Along with circular doorways and portholes, the structure features a 75-foot-wide stage that can be opened and closed using a hydraulic lift system.

Owned by AWSO conductor and founder Robert Austin Boudreau, the ship has been for sale for nearly two decades after its first farewell tour in 1997, but its unique purpose seems to have deterred buyers. If no one comes forward by the end of the AWSO’s 2017 tour, the boat will be sent to a shipyard where its architectural features will be dismantled, leaving the rest to be repurposed as a derrick barge.

One advocate for the ship’s preservation is world-famous cellist Yo-Yo Ma, who wrote a letter that will be in the August 17 issue of the New York Review of Books in hopes of gaining support.

“It sails as a powerful, living testament to American creativity and to the elemental role that culture plays in human life,” the letter reads. “At a time when our national conversation is so often focused on division, we can ill afford to condemn to the scrap heap such a vibrant ambassador for our national unity.” 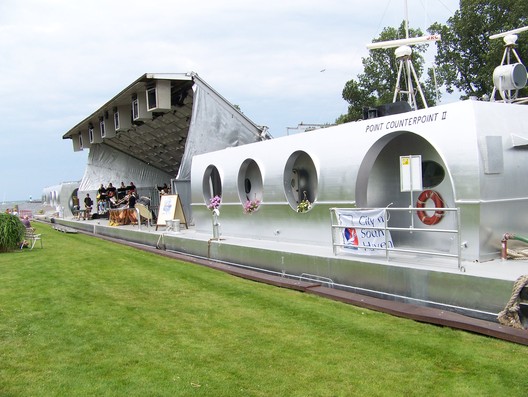