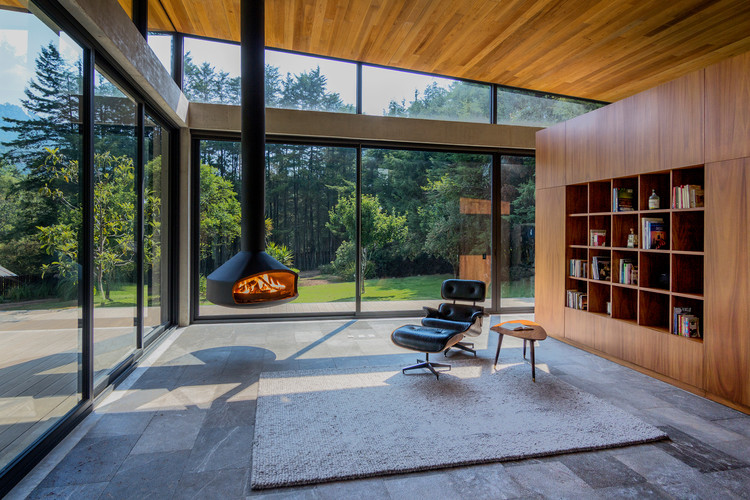 Text description provided by the architects. SP Residence occupies an approximately 4000 m2 site in Valle de Bravo, Mexico State, in a privileged enclave surrounded by woodlands. The residence sits on a slightly sloping site at its highest point, with a southern exposure that frames optimal views.

Given the spectacular natural setting, it was of paramount importance to design a house of light, simple conception that would not upset the area’s innate harmonies. An L-shaped floor plan was chosen that established both a daytime wing (home to the kitchen, utility room, living-dining room and terrace) as well as the nighttime counterpart (featuring four bedrooms). An equally simple structural system is based on a concrete “skeleton” within which the residence is constructed. Exterior wood walls echo the material conditions of the site, emphasizing a contrast to the structure. Within this subtle composition of façades, the roof above the living-dining area is especially notable; its height and lightness privilege this area of the house.