Save
Sorrento Beach House / AM Architecture 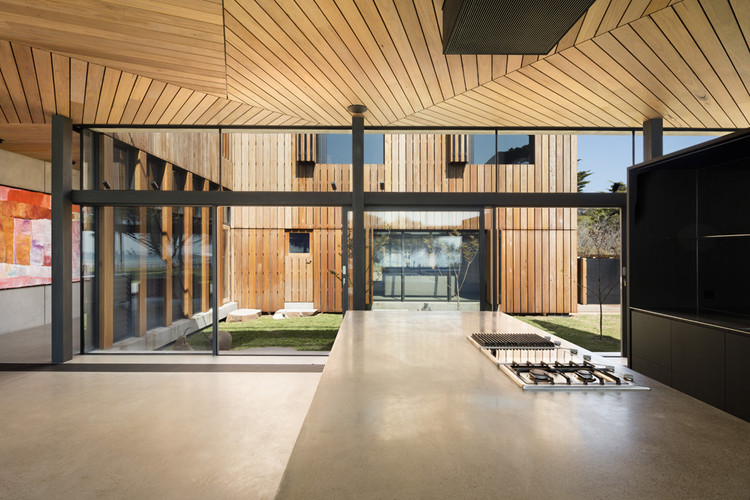 Text description provided by the architects. Sorrento Beach house is a new dwelling located on Victoria’s first settlement site of 1803, on Sullivan’s Bay. The beach house begins as an austere and robust object in the landscape which begins to relax and respond to its natural environment as it approaches the water.

Considering the site’s history, we thought the exterior should not be playful. It should be heavy and robust as one would wish for a ship, or pier, and somewhat austere to avoid polite domestic gestures which seemed out of place against a sombre historical context.

With this in mind; a broad & very heavy timber screen wraps the building, acting as a sunscreen to an insulated concrete shell beyond whilst directly referencing local coastal structures.

The house transitions between the concepts of shelter and exposure articulating privacy and the occupant’s experience of the site. Internally, the sleeping zone emphasises the thermomass concrete shell and is characterised by internal surface, punched-out windows, deep timber sills, and filtered light through external slotted timber screens.

Broad light enters the living-zone and the architecture transitions to a language of spatial openness and less formal restraint, responding to sunlight, wind, privacy, and extensive foreshore views.

The concrete interior emerges to face the harsher conditions of the foreshore, the waterline “presses” against the building creating a sweeping roof line, earthy colours from a local quarry appear in the ground slab, and the timber ceiling fragments into a natural crystalline pattern which happen to align with constellations in the night sky on the eve of settlement.

The living areas are conceptualised as outdoor space; earth below, sky above waterline directly in front. 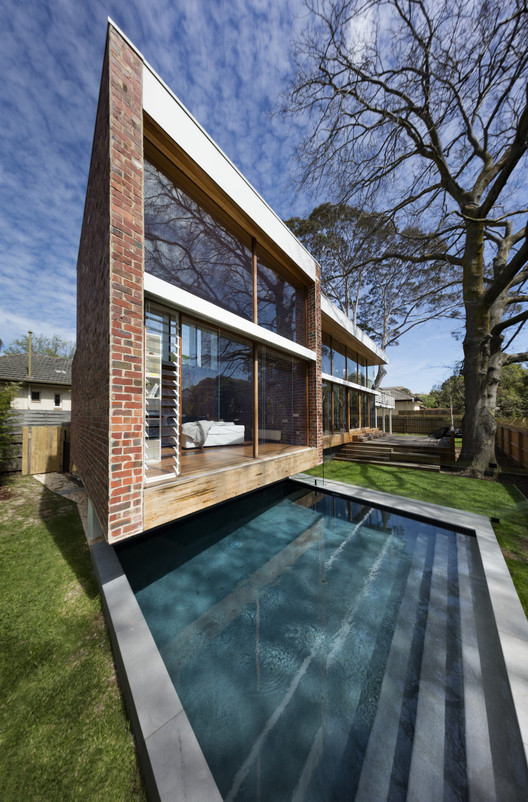 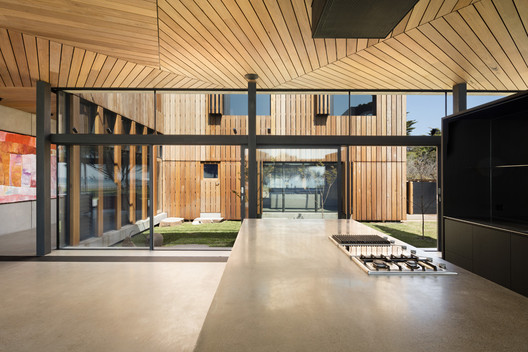