Chilean architect Samuel Bravo has been selected as the winner of the Harvard University Graduate School of Design 2017 Wheelwright Prize, a $100,000 travel grant established to support “investigative approaches to contemporary design.”

Bravo’s research proposal, Projectless: Architecture of Informal Settlements, seeks to study the architecture of traditional and informal settlements, offering a contemporary revisiting of Bernard Rudofsky’s “architecture without architects” exhibit at the Museum of Modern Art in 1964.

“Samuel Bravo is a sophisticated designer and a mature thinker, qualities that make him an ideal candidate for the Wheelwright Prize," said juror and Dean of Harvard GSD, Mohsen Mostafavi. "His work on its own is striking, and the participatory design-build process he has refined over time is additionally compelling. In resurrecting ideas about so-called ‘non-pedigreed’ architecture and expanding the scope of his research and practice internationally, Bravo’s project opens up new and exciting paths for the next generation of architects.”

Bravo, who graduated with a BArch degree from the Pontifical Catholic University of Chile in 2009, was selected from a shortlist of four finalists originally selected from a pool of more than 200 applicants from over 45 countries. He had been previously named a finalist in 2016.

Bravo now leads his own namesake practice, and has completed a number of projects in South America, namely organizing community-led rebuilding efforts in earthquake-damaged Tarapacá, Chile; designing and constructing a lodge/shamanic center and school for the Shipibo people of the Amazonian rain forest in Peru; and a number of private residences, including House in the Patagonia Fjords.

Learn more about Bravo and this year’s prize, here.

Anna Puigjaner has been selected from nearly 200 applications as the winner of the Harvard University Graduate School of Design 2016 Wheelwright Prize. The $100,000 travel grant was awarded for her proposal, Kitchenless City: Architectural Systems for Social Welfare, for which she will study "exemplars of collective housing in Russia, Brazil, Sweden, China, Korea, and India, which reflect a variety of approaches to organizing and distributing domestic spaces." 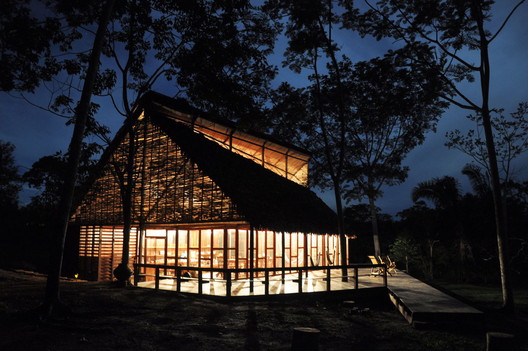