Federico Babina, the illustrator behind the series of popular architectural interpretations including ARCHITALE and ARCHIPLAY, has just released his latest project: PORTRART, 35 illustrations that tell 35 short stories describing and relating to the individual personalities of 35 artists.

"The shapes, the sculpted and painted geometries of the artists are transformed to draw their faces," explains Babina. Each composition portrays a realistic fantasy in a series of geometric shapes around a central matrix, the portrait.

Babina continues, "The project attempts to visualize the likeness, personality, and capture the essential features of the protagonist through simple lines, geometries, color, and ink. The idea is to achieve an almost abstract representation without losing the essence of figurative representation."

See all the portraits after the break. 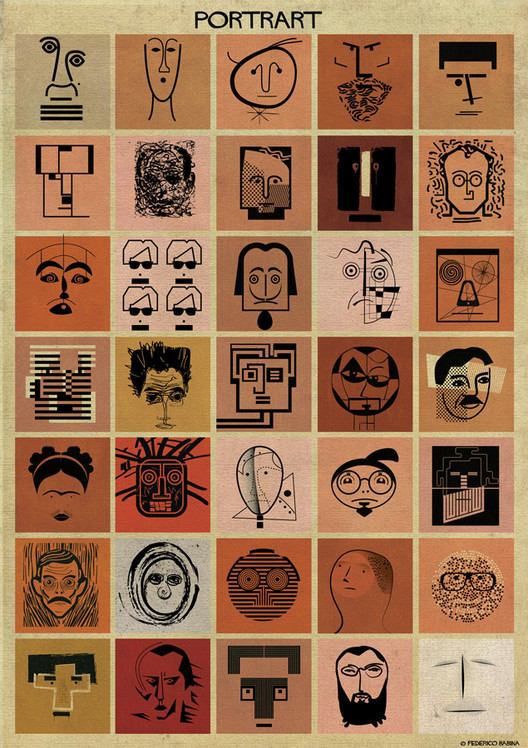