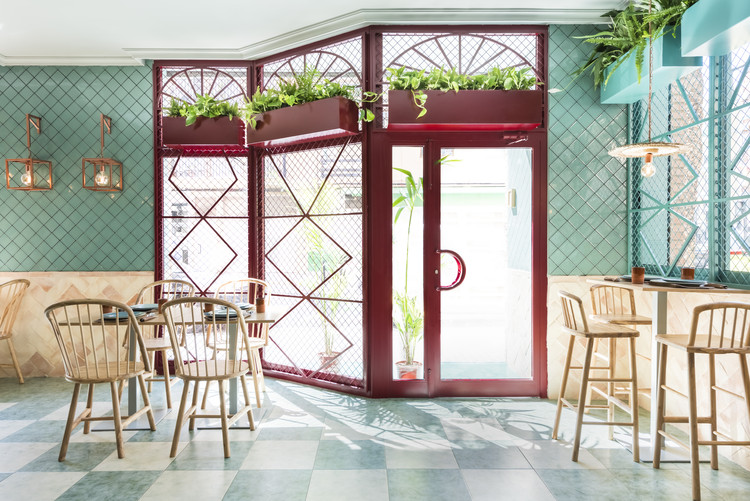 Text description provided by the architects. Antonio Ramirez was managing his pizzeria Albabel during more than 20 years in Picaña when he decided to contact Masquespacio, having a dream to convert his old restaurant in a completely new one. Being passionate about gastronomy both on a national as international level, Antonio since a few years had the wish to offer a new food concept that fusions the Mediterranean kitchen with some Andalusian from its own roots and a touch of international ingredients. For this new adventure, counting with the support of his brother Rafael he aspired to have a space in which he could feel like at home.

That way the new space for Albabel in Picaña is clearly inspired by the Andalusian roots from their founders, through recognizable materials from the south of Spain like raffia, earth bricks, plants and overall decorative elements. The design seeks to fusion the most eclectic part of Andalusia with the sophistication of their craftsmanship. Like usual in many projects from Masquespacio, above the project includes a touch of explosive colors combined with patterns that represent the graphic inspiration of the Spanish creative consultancy.

To be enlightened on the other hand is the use of olive wood furniture, including some chairs and stools made exclusively for the project with the most common wood in the south of Spain. 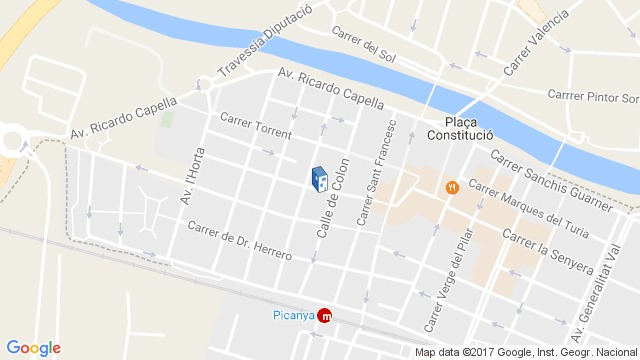 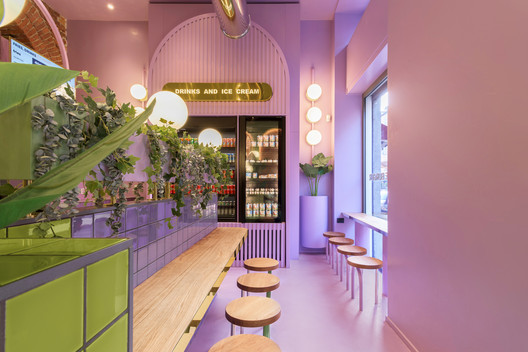