Save
House of 33 Years / ASSISTANT 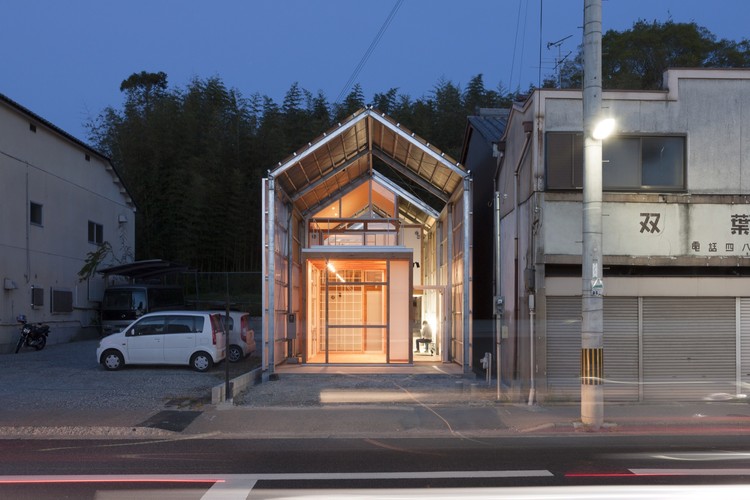 Text description provided by the architects. The House of 33 Years is a residence located next to the world heritage Todaiji Temple in Nara, Japan. The house was designed for an elderly couple who decided to move to a new house thirty three years after living in their first house. The House of 33 Years is a house for a collector who collects memories, whose memory and future exist simultaneously in the same space. By framing views across different areas, images are continuously produced by the inhabitants' movement. Every image is given its own space of possibility, then overlaps as multiple additions to the home to update the family’s memories.

In 2012, during the construction process, the fabrication of the house was partly supported by Aomori Contemporary Art Centre and Sendai School of Design . Its design/fabrication process has been an academic research subject of Adaptable Futures, Loughborough University, UK. The house has been awarded SD Review prize in 2010.

The house consists of multiple pavilions and rooms in wood structure that stand under the big steel-frame house. The relationship between the individual elements defines the character of the house as a whole.

Its construction process has been pursued in three separate locations simultaneously; Nara, Sendai, and Aomori.
In Nara, the exterior steel roof to cover the whole residence has been constructed on-site.
Then, having accepted offers by two public institutions, Sendai School of Design and Aomori Contemporary Art Centre, to participate in their artist-in-residence programs, the duo decided to build an unknown experience by linking the two institutions through a single residential housing project, to eventually constitute the house in Nara.
They broke House of 33 Years, which had been designed as a single house, into parts suitable for making in the two programs, so that the architecture would “move,” so to speak. Each work was also realized as an individual installation piece on which additional features were elaborated, responding to demands from the institution, characteristics of the space, and the chosen method of exhibiting.

In Sendai, Ghost House, a pavilion to sit on the roof, was built with the students of Sendai School of Design. The pavilion is an homage to Ghost House, one of the pavilions scattered on the large premises of the famous house of Philip Johnson and was given the same name. Over the summer it was sitting in the courtyard of a university campus and the students had grown a farm inside.

In Aomori, the main rooms in wood-structure was built and developed together with local carpenters, using materials available in Aomori, as an installation piece Obscure Architecture (House of 33 Years, Study), then to become a part of ‘Kime to Kehai’ exhibition at Aomori Contemporary Art Centre. This work always had a fresh look depending on the movement of the sunlight. Physically, this architectural work remained present in the same position, whereas the natural phenomena created by it kept flowing without stopping.

After the exhibition period in each city, those elements were disassembled and loaded on a 4-ton truck, and carried to the destination, Nara, where they were recomposed to form the House of 33 Years. 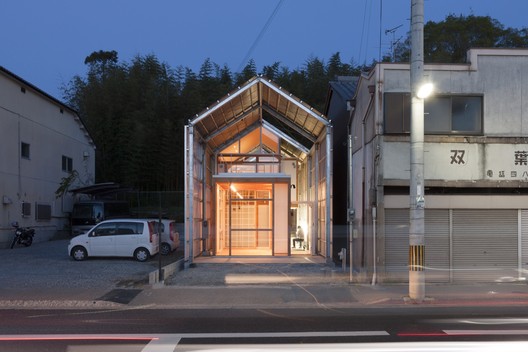