Text description provided by the architects. On the day when the design plan was shown for the first time, the pastor awkwardly smiled and said, "Isn't it too simple?" Probably, yes. Actually, I hear the same comment pretty often.

In the era of excessiveness, information, consumption, and expression are overflowing. Splendid building might be desired more. I do not say that excessive expression is bad. Idly imitating others without thinking about meanings and goals is the problem.

I talked about the essence of a worship space with the pastor. I persuaded the pastor that the moderated form and composition would be consistent, functional, and even cost-saving. Even though he could not understand all, he decided to trust the architect to the end.

There were three given conditions:

1. Small budget.
2. It should be a space open to neighbors.
3. Including the pastor's house, privacy should be guaranteed.

The small budget is not only a limit, but also an opportunity. Removing complicatedness, only essence was remained.

By simplifying materials for inside/outside as exposed concrete finish and red brick, the process was reduced and even interior finishing was completed at a time.

In the 1st floor, the space for neighbors like cafeteria and playroom was placed.

Installing a folding window for a huge gate, it became an architectural installation for welcoming and inviting.

For the independence of pastor's house in the 3rd floor, a rooftop garden was installed to separate it from church, so that it could not be directly accessed from the stair hall.

In addition to the psychological and spatial independence, it became a place filled with sunlight and wind.

The worship space in the 2nd floor was filled with natural sunlight. With no help of additional decoration, it is fully beautiful and plentiful just with the sunlight pouring from the ceiling. It would become a space of silence in front of the Creator even after busy daily life.

A small, but solid and fruitful church was built. I like to thank the pastor for trusting and waiting in spite of the initial uncertainty. It is certainly true that ‘A great building is made by a great owner’. 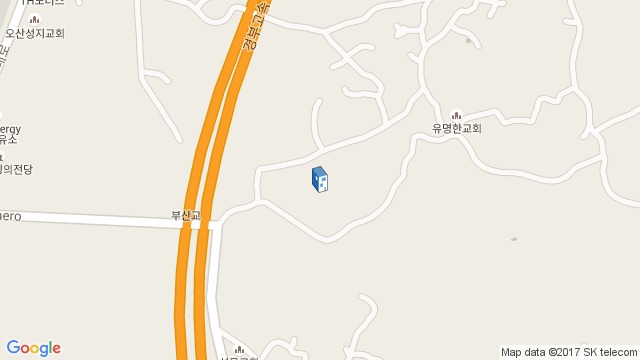 Location to be used only as a reference. It could indicate city/country but not exact address.
Share
Or
Copy
About this office
Oh Jongsang
Office
••• 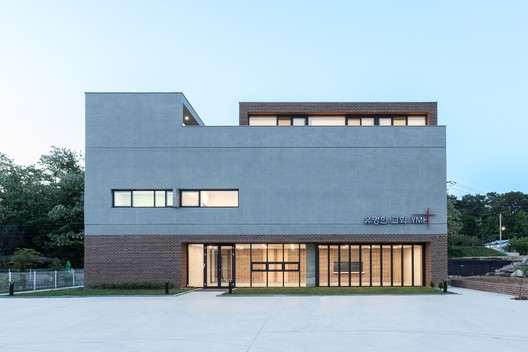