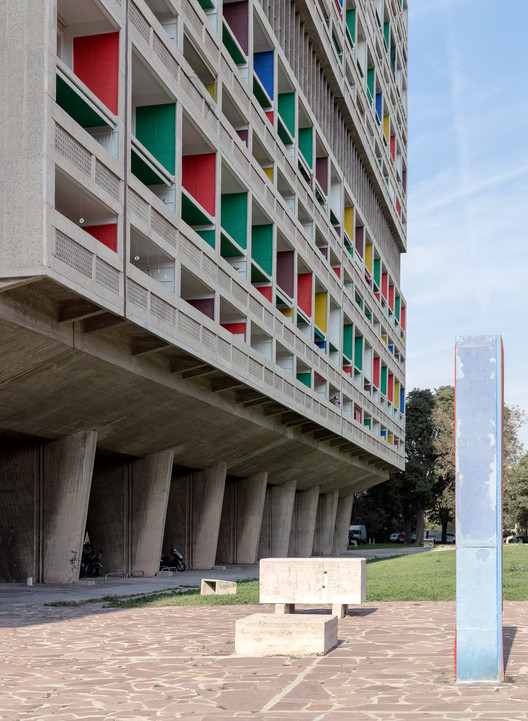 Text description provided by the architects. After World War II, the need for housing was at an unprecedented high. The Unite d’Habitation in Marseille, France was the first large scale project for the famed architect, Le Corbusier. In 1947, Europe was still feeling the effects of the Second World War, when Le Corbusier was commissioned to design a multi-family residential housing project for the people of Marseille that were dislocated after the bombings on France.

Completed in 1952, the Unite d’ Habitation was the first of a new housing project series for Le Corbusier that focused on communal living for all the inhabitants to shop, play, live, and come together in a “vertical garden city.”

The Unite d’Habitation was a first, both for Le Corbusier and the ways in which to approach such a large complex to accommodate roughly 1,600 residents. Especially since Le Corbusier did not have many buildings of such a substantial scale when compared to the villas. When designing for such a significant number of inhabitants natural instinct is to design horizontally spreading out over the landscape, rather Le Corbusier designed the community that one would encounter in a neighborhood within a mixed use, modernist, residential high rise.

Le Corbusier’s idea of the “vertical garden city” was based on bringing the villa within a larger volume that allowed for the inhabitants to have their own private spaces, but outside of that private sector they would shop, eat, exercise, and gather together.

With nearly 1,600 residents divided among eighteen floors, the design requires an innovative approach toward spatial organization to accommodate the living spaces, as well as the public, communal spaces. Interestingly enough, the majority of the communal aspects do not occur within the building; rather they are placed on the roof.

The roof becomes a garden terrace that has a running track, a club, a kindergarten, a gym, and a shallow pool. Beside the roof, there are shops, medical facilities, and even a small hotel distributed throughout the interior of the building. The Unite d’Habitation is essentially a “city within a city” that is spatially, as well as, functionally optimized for the residents.

Unlike Corbusier’s usual employment of a stark, white façade, Unite d’Habitation is constructed from reinforced beton-brut concrete (rough cast concrete), which was the least costly in post-war Europe. However, it could also be interpreted as materialistic implementation aimed at characterizing the conditional state of life after the war - rough, worn, unforgiving.

Even though Unite d’Habitation does not take on the same materialistic qualities as most of Corbusier’s works, there is still a sense of mechanistic influence, in addition to the Five Points developed by Corbusier in the 1920s. For example, the buildings large volume is supported on massive pilotis that allow for circulation, gardens, and gathering spaces below the building; the roof garden/terrace creates the largest communal space within the entire building, and the incorporated patio into the façade system minimizes the perception of the buildings height, as to create an abstract ribbon window that emphasizes the horizontality of such a large building.

Also, it is apparent that Le Corbusier’s mechanized influences from other industries have not been lost in design. As massive as the Unite d’Habitation is, it begins to resemble the steamship that Corbusier is so intrigued with.

The massive volume appears to be floating, the ribbon windows resemble the cabin windows running along the hull, while the roof garden/terrace and sculptural ventilation stacks appear as the top deck and the smoke stacks. Even though that these elements are quite figural and open to interpretation based on perception, there is an inherent connection between the two.

One of the most interesting and important aspects of the Unite d’Habitation is the spatial organization of the residential units. Unlike most housing projects that have a “double-stacked” corridor (a single hallway with units on either side), Le Corbusier designed the units to span from each side of the building, as well as having a double height living space reducing the number of required corridors to one every three floors.

By narrowing the units and allowing for a double height space, Corbusier is capable of efficiently placing more units in the building and creating an interlocking system of residential volumes. At each end of the unit there is a balcony protected by a brise-soleil that allows for cross ventilation throughout the unit flowing through the narrow bedrooms into the double height space; emphasizing an open volume rather than an open plan.

Unite d’Habitation is one of Le Corbusier’s most important projects, as well as one of the most innovative architectural responses to a residential building. So much so, that the Unite d’ Habitation is said to have influenced the Brutalist Style with the use of beton-brut concrete. Unite d’Habitation has since been the example for public housing across the world; however, no venture has been as successful as the Unite d’Habitation simply because the Modular proportions that Corbusier established during the project. Nonetheless, Le Corbusier’s first large scale project has proved to be one of his most significant and inspiring. 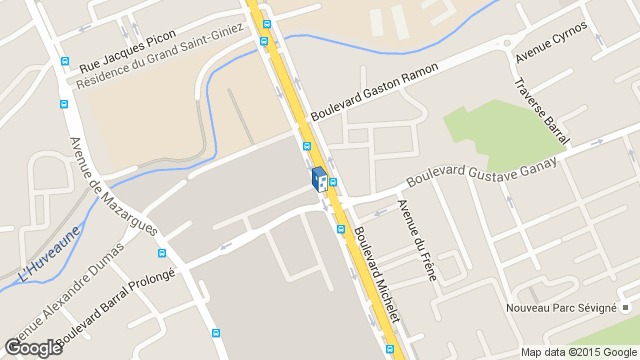