Imaginative Italian illustrator and architect Federico Babina has unveiled his latest series, ARCHITALE, “a tribute to the fairytale universe where the architectures are reinvented to accommodate the protagonists of the story.”

Through his illustrations, Babina imagines 17 structures that dance between reality and fantasy, with each architectural detail revealing information about the characters and story of the respective fairytale.

“My first steps as an architect were visiting the homes and castles of fairy tales that as a child made me travel with fantasy,” says Babina. “The lighted windows in the dark night that hide secrets and surprises, the objects that have been transformed and come to life, were for me a prelude to the universe of architecture and design.”

“The idea is to use architecture and its shapes to take part in the relate of stories, transforming the buildings into ‘narrative objects.’”

See the entire set of ARCHITALE illustrations, including designs for Pinocchio, Snow White and the Seven Dwarves, Peter Pan, Aladdin, and Mary Poppins, after the break. 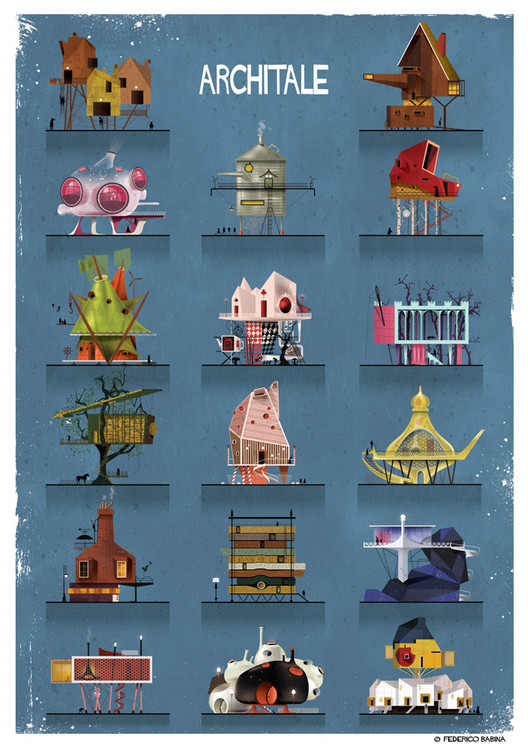