Martin Duplantier Architectes has won a competition organized by Chinese tour company ZTG with a design for a series of “illusionist” bridges and pavilions in western Zhangjiajie, China. Contrasting with the surrounding “baroque” landscape, which is a world heritage site, the project utilizes geometric forms and delicate placement to “create a physical relationship” with its neighboring rock faces.

The project features three footbridges: "the illusion of a mirror for one, the fear of the void for the next, and lastly the setting in abyss for the final.” 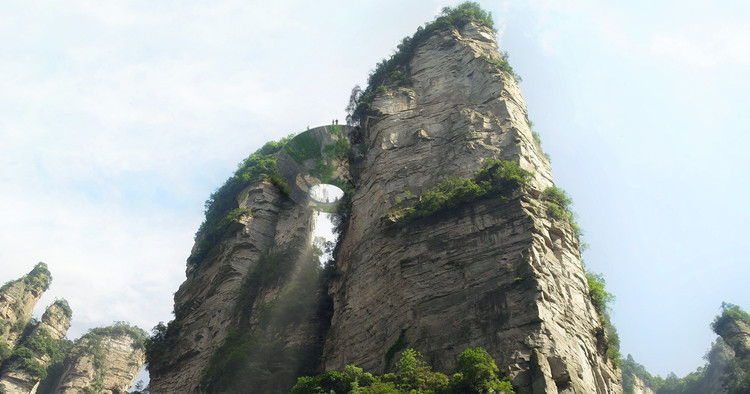 Through its elliptical disk shape, one footbridge mirrors the surrounding environment, and offers views into the gap between rock faces through an off-centered hole, which will be covered in a strong netting, so that visitors can “lay down in the void.”

Another of the bridges—the “water mirror”—is made from two centimeters of water covering black stone. Every seven minutes, the water disappears and reappears through spray nozzles, creating a cloud that later settles back onto the stone.

This black stone flooring material, as well as reflective stainless steel, is not only utilized in the footbridges, but also throughout the project’s three pavilions: a terrace with panoramic views, a café, and a royal guesthouse, organized from high to low, respectively. 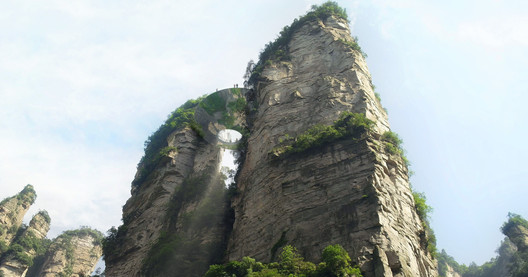