99% Invisible has recently published a review of rotary jails, a strange prison architecture system in which cell blocks turn to align with the position of a single door, in the attempt to create better security. Used around the early 20th century, this odd, carousel-like technology spread across the United States in mainly Midwestern towns.

Learn more about the phenomenon of rotating jails, at the 99% Invisible article, here. 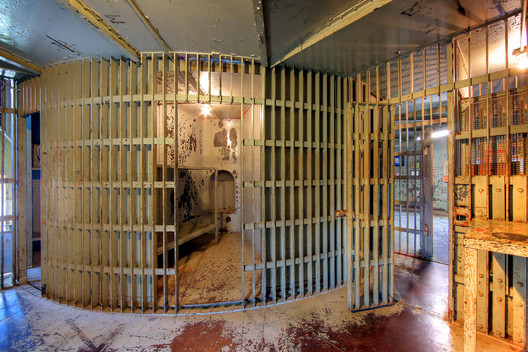