RAW Architecture's Brava Casa 99 Percent Sumarah was inspired by an Indonesian form of meditation centered on the philosophy of life. Sumarah is defined as a "total surrender," allowing the partial ego to give way to the universal self. 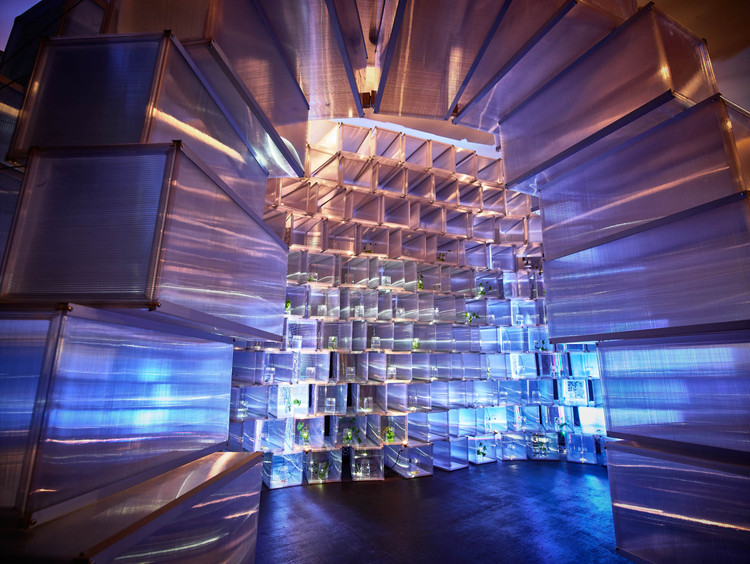 The practice is based on developing sensitivity and acceptance through deep relaxation of body, feelings and mind. Its aim is to create inside ourself the inner space and the silence necessary for the true self to manifest and to speak to us said the architects.

Raw Architecture's team explained that a total surrender to life allows one to see the real beauty in the world. They added that this cycle between mind and soul is a continuous loop, which was the inspiration behind their plan for the structure.

Created with polycarbonate by Danpalon, the project is connected with steel elbow and screw bolt. By creating space within space, the architects have, in essence, created life within life by filling each box with plants or fish.

Looking at the elevation of the structure resonates with the Indonesian mountains that possess sacred meanings of human achievement. Moreover, the box-like composition was influenced by the stacking system in Indonesian temples. Ancient temples, like Borobudur and Prambanan, were formed by stacking many blocks of stone.

The best part of the structure? Its transparency. One can see through the boxes and into other forms of its life systems. 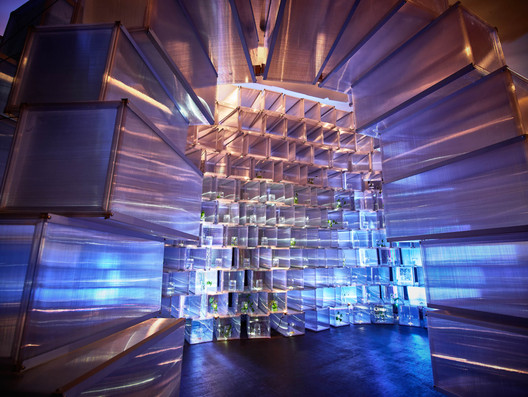