Architecture is the scenography of real world.

In this latest set of illustrations from Federico Babina, the artist envisions set designs in the styles of 27 of history's greatest architects, using signature elements from some of their most notable works to "stage [architecture] as if it were an architectural play."

See the entire set of ARCHIPLAY illustrations, including takes on Le Corbusier, Louis Kahn, Rem Koolhaas and Zaha Hadid, after the break. 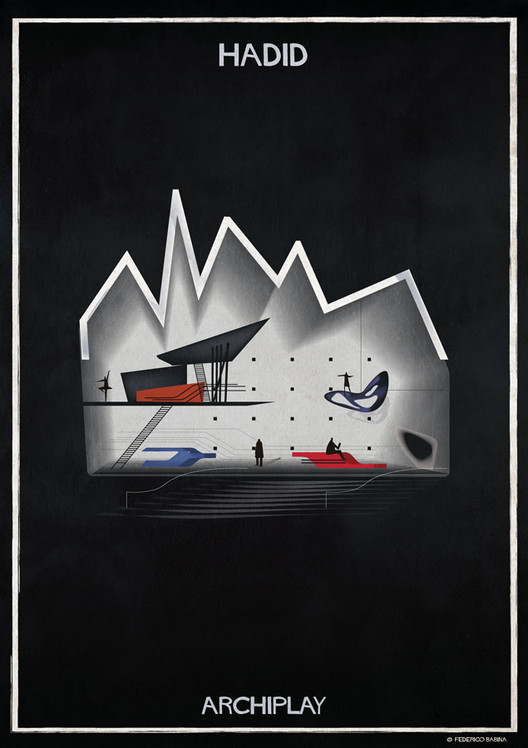 "In these illustrations I try to transform some famous architects in set designer of his own work," explains Babina. "I imagine spaces set up for a performance of a show that relates the architects’ work. Stage machinery that simulate architectural illusions, which draw from the language of the characters to represent an architectural metaphor. The architecture dress up, wears makeup and is transformed to play herself in a show where the volumes and forms write the dramaturgy and relating stories."

Babina likens the set to "a virtual theater where the scenography, the architecture, the light, the shapes and the objects create a tiny show to make a short trip with the imagination and fantasy through an aesthetic universe inspired by architecture and some of its protagonists."

Like these? Make sure to check out Federico Babina's previous illustration sets.