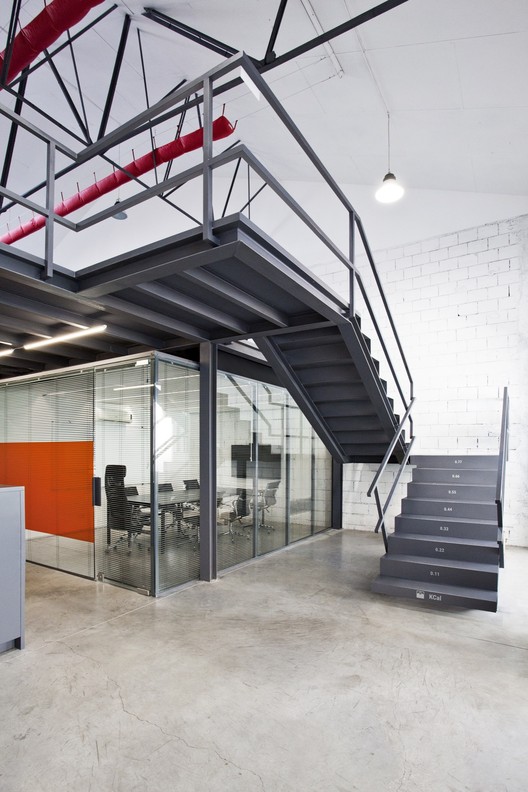 Text description provided by the architects. KuantoKusta wanted to install their headquarters in an old industrial warehouse that, although degraded, had very interesting conditions: high ceilings and natural light at both ends of the warehouse. However we observed a problem: the company needs pointed to an area about twice the existing one. The solution passed through the creation of a second high floor, taking advantage of the free interior volume.

The new floor is independent of the surrounding structure: the floor rests on pillars organized according to a rigid mesh that organizes the different spaces on the ground floor. It was used a metal structure for allowing speedier performance lighter structural elements.

It was intended to translate this autonomy between the old and the new by applying the white color in the existing walls and ceilings and the gray color in the new elements, within an environment that was intended to keep with unapologetically industrial, sometimes even rude, as in the case of brick masonry wall that was only painted.

Even the new elements were designed as independent pieces, like as if they were containers, predicting a possibility of mutability of space in the future, where the permanent elements will be only the skeletal structure.

The program was distributed by two floors focusing on the top floor all the technical and operational team of the company in a large open space, which benefits from natural light coming from the ceiling. In the background, a glass box located the direction and business rooms and both have a translucent roof so they can also receive natural light from the ceiling during the day. On the ground floor, in addition to public access areas, such as the lobby and meeting room, it was located a locker area next to a door that makes screen for the living space of the company's employees. There is located a recreational area with billiards and game console, sanitary facilities, a kitchen space and an eating area. 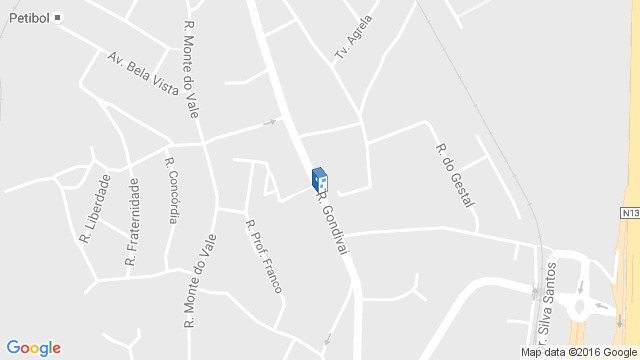