This article was originally published on Metropolis Magazine as "The Connector."

Andy Klemmer has had a front-seat view of the making of some of the most important pieces of architecture of our time. The president and founder of the consulting firm Paratus Group, Klemmer was an essential part of the team that helped develop the iconic Guggenheim Bilbao. Since then, he’s gone on to consult on the California Academy of Science, the Perez Art Museum Miami, the Kimbell Art Museum expansion, working with architects like Renzo Piano, Herzog & de Meuron, and SANAA (to name a few). By liaising between institutions and their chosen architects, he has unique insight into architecture, its practice, and that essential part of the architecture puzzle: the client. 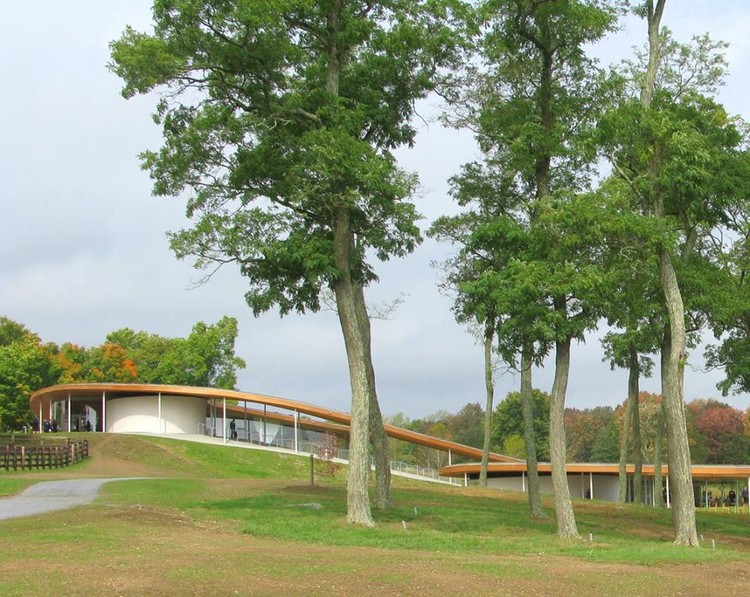 Paul Clemence: How did you get involved with the Guggenheim Bilbao project?

Andy Klemmer: I was invited to work on the 1989 expansion of the Fifth Avenue Guggenheim to help oversee the construction. Quickly that expanded into help managing and mediating all the parties involved, which at that point were all immersed in conflicts. I became the middle man, conciliating all the antagonistic points of views. And in the end, as that job was wrapping up, Thomas Krens told me about the Guggenheim Bilbao project and asked me if I wanted to be part of it.

PC: What were you most apprehensive about, going into this project?

AK: The big fear at the time was that it would never get built. Thomas Krens was building a huge museum with Frank Gehry in this northern city in Spain no one had heard of—everybody kept saying this will never happen. There was a lot of skepticism all around. So if there was a concern, it was about investing a lot of time in something that might not happen.

PC: But, of course, it did happen, and, as they say, the rest is history. You have spoken of how that experience made you realize the importance of defining the program. Could you comment on that?

AK: It was an unusual opportunity, just coming out of the renovation of the 5th avenue building, to develop a program for another museum for the same client. We had all these ideas fresh in our minds of what would be needed (the benefit of hindsight) and now had the chance to apply them. This doesn’t happen often in architecture.

It has now  become my creed: write the program well, because that will drive everything. That program, started by Thomas Krens and Joe Thompson and then enhanced by us and the knowledgeable staff of the museum, made for a very tight program, and made us really know what was needed, which made us a much better client. And Gehry loves that, he reacts very positively to that, to a client who knows what he/she wants.

PC: But many people still see that project as the quintessential architectural indulgence.

AK: This building has so many attributes that most can’t even fathom, because they don’t operate the building. But he absolutely responded perfectly to the program. He certainly had fun, but he did his job first. The museum works better even than we imagined. Gehry is a much more responsible architect than he is given credit for, he responds perfectly to the program.

PC: What exactly does a company like yours, that represents clients, do?

AK: We get in from the start, writing and elaborating the program, creating a reasonable budget, and assisting with the architect’s selection. Plus, afterwards overseeing design and construction.

PC: Having worked with so many different architects, what do you think makes for a good architect? What qualities should he or she have?

AK: An architect should be able to listen well, speak well, and, naturally, design well. Many architects can do any two of these, but you are lost without the third. Some are great designers and listeners, but they can’t close the loop; they leave the client out by not knowing how to speak to people. Renzo Piano is a good example of having all three: he designs beautifully, he listens incredibly (he remembers in detail everything that is said in a meeting and by whom) and he speaks articulately. He keeps the clients engaged. And that’s important.

PC: From your experience, what should be the number one item when considering an architect?

AK: That the architect is good at listening.That’s what the interview process should be about. You can take a lot from interviews, to see how well they listen. Then you can see if he or she understood what other previous clients wanted. Even if it’s a bad building, if it’s clear that’s what the client wanted. And here is my criticism of architecture criticism.

PC: What is the criticism?

AK: The critics seldom ask what the client wanted originally, what was the program. It’s important to know what the client wanted, what was on their list of requests. At the Morgan Library here in New York, for example, that we built with Renzo Piano, there was criticism that Renzo did not give them enough gallery space – the building has actually has more gallery space than was asked for.

PC: What would you say are some of the client’s responsibilities?

AK: I can tell you, I can guarantee you, that behind every bad building there’s a bad owner, who started a project with a lack of any idea of what the building should be; who didn’t understand what the program was; who didn’t think about it nearly enough. It is tempting to just race off with these high profile architects: you feel you are part of the creative process. But your job is not to be having fun with the architect—your job is to be holding the architect accountable. The best building will come from an owner that knows nothing about architecture, but knows everything about what they want from the space.

AK: I always wanted to do a building with Toyo Ito. I think he is one of the most inventive architects out there. And the project I would like to do with people like Renzo, Rafael Moneo or SANAA would be some homeless housing. To see what could be done. Re-think it and see what solutions these great talents could bring about.