Urban Agency and OUALALOU+CHOI have drawn heavily from local inspiration for the design of a new adult education center in south-west Morocco. The isolated site is set against a harsh environmental backdrop, and in response the proposal only uses 10 000 of the allocated 22 000 square meters to create a compact building centered around an internal courtyard. This will allow it to be expanded upon in the future, as the building fulfills its intent as a world class education facility.

The project uses the traditional "Medersa" (first universities) as precedent, incorporating a dynamic internal courtyard and a simple exterior envelope. The Medersa, known for their "social, cultural and climatic ingenuity," not only foster communal activity in their internal spaces but are protected from harsh sun, winds and sandstorms, creating a climatically controlled interior zone. 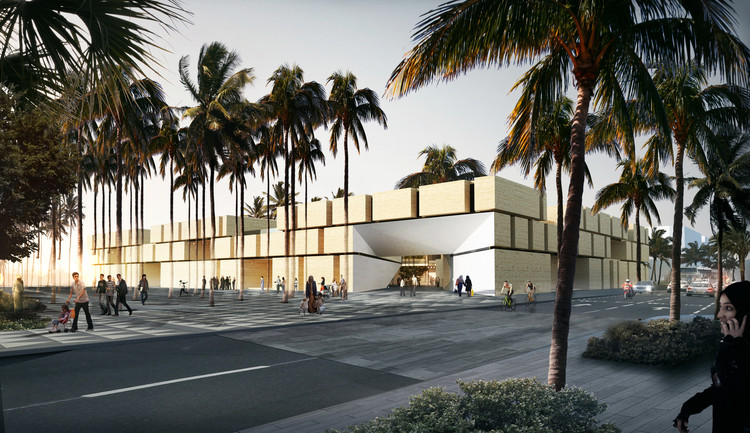 The interior courtyard and the open spaces adjacent to the university are densely planted to provide shading and reduce the impact of harsh northerly winds. The plantation strategy also assists with passive temperature control, as the hot air is filtered and cooled before it hits the building. Aside from its functional importance, the planting also assists the building in achieving the "magical ambient atmosphere" of a desert oasis.

The program is arranged in a perimeter ring around the courtyard, with the teaching facilities at ground level and the accommodation on the first and second. The social and communal spaces, including an amphitheatre, restaurant, and a shop, protrude out within the courtyard as a series of large volumes. These interlink with the dominant courtyard, creating a series of smaller courtyards which the circulatory paths wind around, resembling the narrow streets of the Medina.

In their press release, Urban Agency explain the importance of designing for an ageing building: In this particular project, ageing and weathering serve as a critical design tool for thinking about how the architecture might intercept with the changing state of the weather on site. The architectural expression of the building makes reference to the traditional local Berber architecture and more specifically to the “Kasbah” (ancient fortress) with its austere and solid monochrome exterior.

Those traditional structures have a sandy ochre yellow colour palette; the new training centre in turn is made from board marked concrete pigmented with local sand - a subtle and modern reinterpretation. The exterior finish is raw and horizontally patterned so that over time as the sand and dust from storms accumulates, they will highlight the patterns and embellish the building.

In order to protect the inhabitants from this dust, the external envelope is relatively closed, also preventing excess solar gain. The interior climate is also controlled through natural ventilation strips which span the external faces, marking out the levels of the building. These strips express the horizontality of the building and further reference the open plains on which it lies. 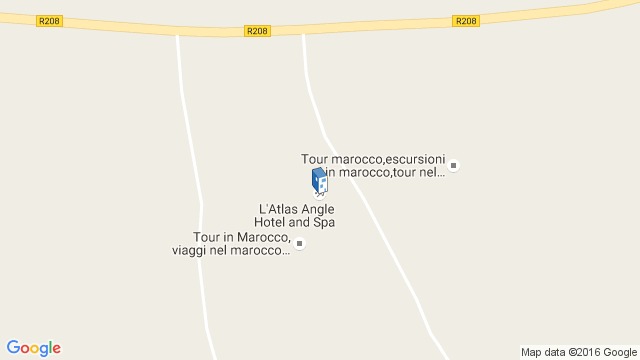