The largest football club in New Zealand, the Three Kings United Football Club, is set to receive a new headquarter and community center at Keith Hay Park in Auckland. Designed by Copeland Associates Architects (CAA), the single storey pavilion sits on a raised plinth to elevate it from the flood plain and gives spectators a greater vantage point over the surrounding sports fields. Comprised of predominantly lightweight, prefabricated elements, the building has a sense of lightness which increases in accordance with its greater transparency at the northern end. 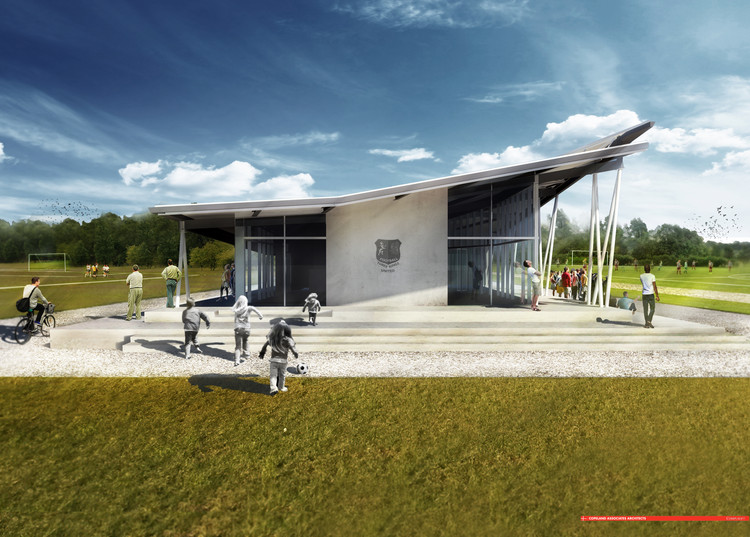 The building takes advantage of the openness of the adjacent fields, incorporating 360-degree views of the park's activities. The flat fields allow the new structure to be the prominent focal point for the north side of Keith Hay Park, directly overlooking the park's Number One field without blocking key views. The clubhouse is designed to centrally connect a series of proposed pathways, forming the circulatory center of the park complex.

The building is conceived as a single storey pavilion sitting lightly on a finely finished concrete plinth set into the landscape. The pavilion is expressed as a floating sculptural roof resting on a series of eleven steel triangulated supports rising from the stepped plinth. The enclosed built spaces are set back under the roof and behind these supports, thus creating several generous verandas around all sides of the building, from under which the stepped viewing terraces emerge - said CAA in a press release.

The new headquarters follows a gradient of permeability, with the changing rooms forming a solid, concrete anchor point on the southern end which eventually opens up in both form and materiality to the northern end. The club room sits at the northernmost point, allowing visual connectivity across the grounds from inside the building. This end of the building features dominant glazing, but the airy, tent-like structure is still weighed down by a precast concrete hearth panel bearing the Three Kings United Football Club Emblem.

The architects said that "the shape of the roof was initially inspired by the notion of a leaf floating over the park and coming to rest. From that idea, the form evolved not only in response to economic and functional requirements, but also from the wish to capture the ethos of the club and its aspirations." The building rises gently from the fields, and its softness fits appropriately within the quiet, residential suburb of Mt Roskill.

Check out the animation above from Copeland Associate Architects for an explanation of the club house's internal arrangement and structural systems. 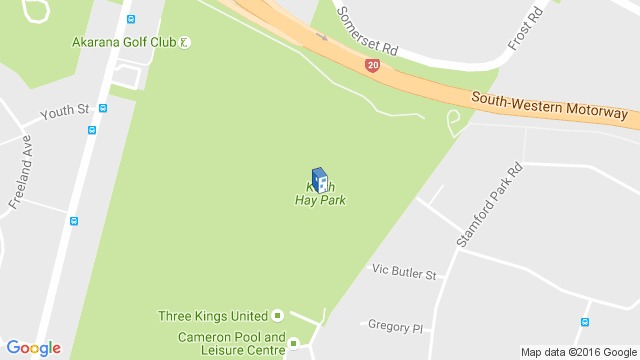 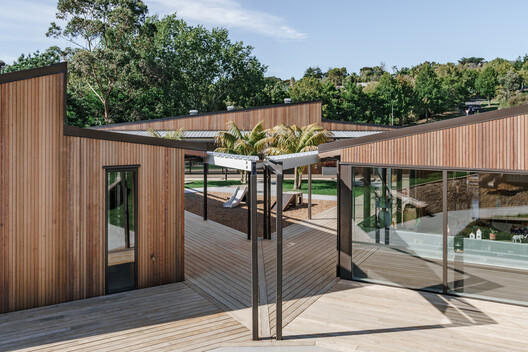