Ryder Architecture have revealed their design for the new headquarters of online bingo and gaming giant, tombola. Sitting adjacent to the company's current headquarters at Wylam Wharf, Sunderland, the new design playfully references the historic warehouse surroundings with a brick, glass and steel material palette. The fully-glazed eastern facade is bordered by a solid brick extrusion, mimicking the roof profile of the warehouses in the historic area. The new building is set to house all of tombola's operations and regional staff, bringing activity to the quayside suburb.

As Europe's biggest online bingo company, tombola are one of the largest employers of game and web developers in the Sunderland region. The new HQ will house 310 of their employees who are currently scattered across the existing headquarters and other office spaces nearby. The 7620 square meter building will form a "campus" for tombola, with a large public forecourt to the east creating a social meeting place for employees and the general public.

The design has been led by the user experience. We have created a great working environment that reflects the culture of tombola and the importance they place on their people. It also creates a strong visual presence to complement and echo the rich industrial heritage of the area. We’ve worked closely together to create a campus environment on the site. The design incorporates a transparent east façade which reinforces the building’s connection with the riverside and adjacent Rose Line building, and a ground floor dedicated to social and support accommodation including a bistro, gym and a large central atrium. - Ronnie Graham, Design Lead at Ryder Architecture

The link between the new building and the shipbuilding heritage is established visually through the triple-pitched roof, which references the long storage sheds which once lined the harbor. The original industry of the area has been superseded by commercial development, leaving only two heritage warehouses. One of these is the Rose Line building - the current headquarters of tombola - and with the glazed facade a visual connection is maintained between the two.

The design was won by Ryder through a design competition and is currently going through planning. If successful, the headquarters could be completed as early as September 2017. 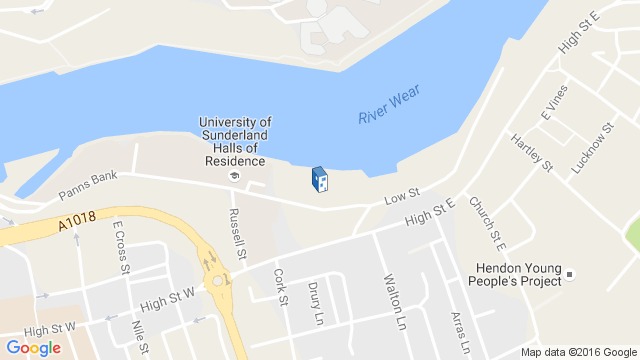 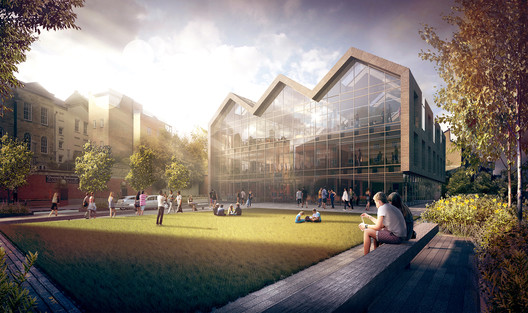