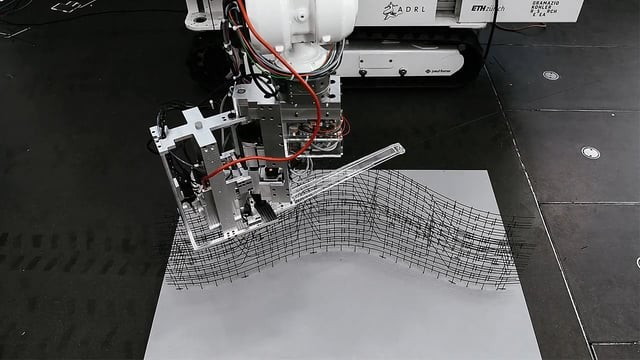 According to Gramazio Kohler, central to the original research for Mesh Mould was the fact that standard robotic extrusion processes have a low loadbearing capacity, but a "high capacity for precise spatial coordination." Therefore, "an optimal use of the machine requires construction processes with minimal mass transfer and a high degree of geometric definition," they explain.

For the switch to a stronger metal mesh with real-world structural applications, Gramazio Kohler abandoned the standard extrusion machine used for the first stage of the research. Instead, alongside the Agile & Dexterous Robotics Lab of Professor Jonas Buchli, they developed a specialized robot capable of automatically bending and welding the metal.