Ennead Architects has released plans for a new 40,000 square meter (430,550 square foot) Music Center in the Chinese city of Xiamen. The design, produced for a six-week design competition held by Xiamen City Municipal Planning, draws inspiration from the island city’s dramatic topography and history to create a new public institution along the harbor. To provide the beachfront with a new public gathering place, the project’s feature element will be a grand stair likened by Ennead to Rome’s timeless Spanish Steps. 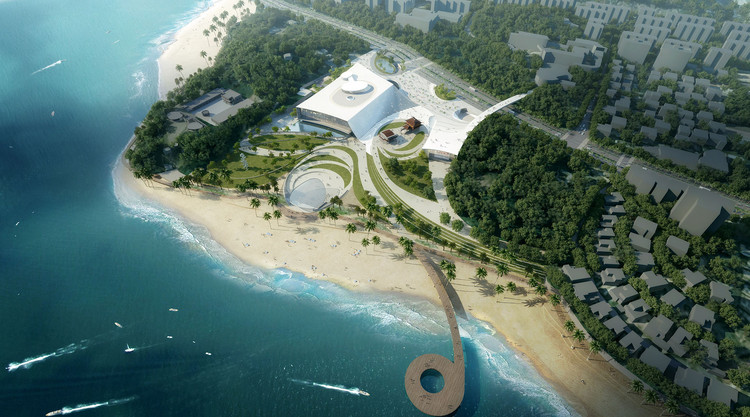 The project takes a reverent approach to the natural terrain, borrowing from the landscape’s natural striation to create the sloping plaza that connects the city to the shoreline. Large sweeping gestures draw from the site’s program and context, evoking a powerful wave, a musical crescendo or the slope of traditional Chinese rooflines. These curves create the form of the building, acting simultaneously as the façade, ground and civic stair and organizing the entire visitor experience.

As the plaza descends to beach level, it carves into the programmed mass of the building, splitting the interior space into two wings: a western wing housing a 2,500 seat concert hall and a eastern wing containing a smaller recital hall. The concert hall is treated as an object within a box, as its wood-clad convex forms smoothly disperse the theater’s acoustics and give the hall a visual texture similar to weathered rocks or driftwood found along the shore. Additional spaces include facilities for Xiamen University’s the music program and a restaurant/cafe.

The project takes full advantage of its sloping site to provide underground parking and a direct connection to the city’s subway system. Building roofs become accessible extensions of the public plaza, and lead to the bridge connecting pedestrians back to the city and towards the island’s botanical garden.

At the complex’s center is a traditionally styled garden and temple featuring lush plantings and views to the sea. Slightly to the east, a naturally wooded landscape acts as a sound buffer between the Music Center and the adjacent highway. The descent culminates at an outdoor concert venue on the beachfront and a circular dock projecting into the harbor.

Correction Update: This article has been amended to reflect that the winner of the competition has not yet been selected. 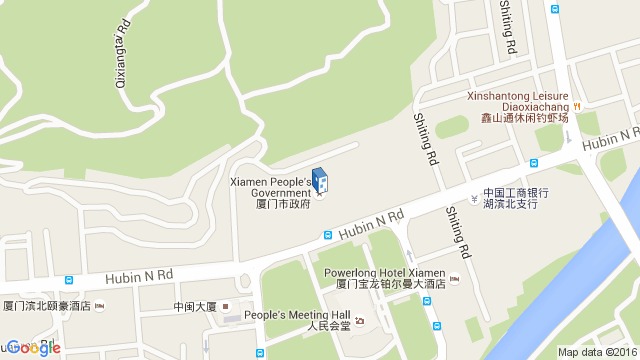 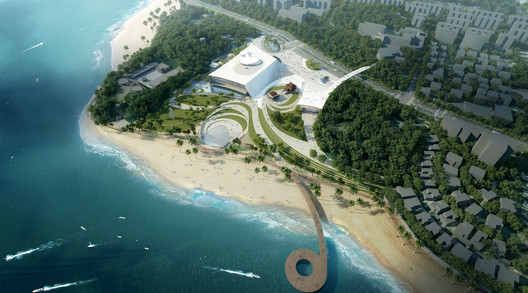