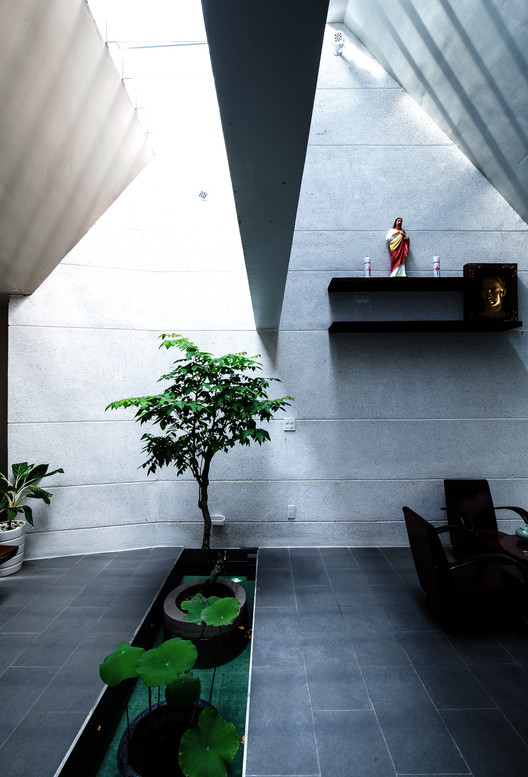 Text description provided by the architects. Urbanization process in Vietnam that is seen as the development, but in our opinion it is the disorder and vandalism. People are driven to the house where they are not inherently subject to change and adapt to his way of life and the environment. Tra On - a district of Vinh Long province, located to the east from the city of Vinh Long 40km -  is in this process . From wide-open land with fields, rivers, people are gradually being transferred to the batch house closely divided, poor lighting and poor quality living space. Besides that people also face many social evils increasing galloping theft, murder, drugs ... do people have to live daily in fear and distrust. The overarching fear, do fades away openness, people become more aloof, and almost "hide" in their own oasis.

“The Longcave” is a project in this context on the area of ​​5x40m. With thoughts create a place, not just a house, but it is where emptying anxiety, fear, the only remaining calm.

“The Longcave” is inspired space section of Son Doong cave *, and human life in the initial period of the cave. When stepping through a door and step in space without walls, the space is a combination of the "Khoản trống." The different sectional shape for the same equivalent area create different feelings for each space. The boundary between inside and outside is blurred away.

*Son Doong cave(Vietnamese: Hang Son Doong) is world's largest cave, located in Quang Binh province, Vietnam. It is found by a local man named Ho Khanh in 1991 and was recently discovered in 2009 by British cavers, led by Howard Limbert. The name "Son Doong" cave means "mountain river cave", It was created 2-5 million years ago by river water eroding away the limestone underneath the mountain Where the limestone was weak, the ceiling collapsed creating huge skylights... 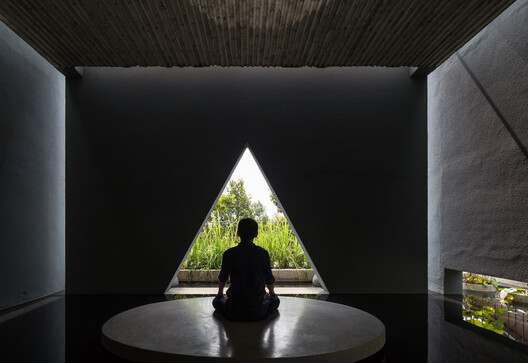