Save
Inside "The Baltic Pavilion" at the 2016 Venice Biennale
Presented by:

Architecture deals not only with form. It is about data and material flows, the organization of resources, the mobilization of capacities; it organizes not only static things, but it is also a design of processes. It would be great to understand architecture as an agent with which to communicate processes of material space for the public in a coherent way. Architecture has great tools to present and explain assemblies in sections – plans, maps; architects are capable of processing quite complex flows of information. 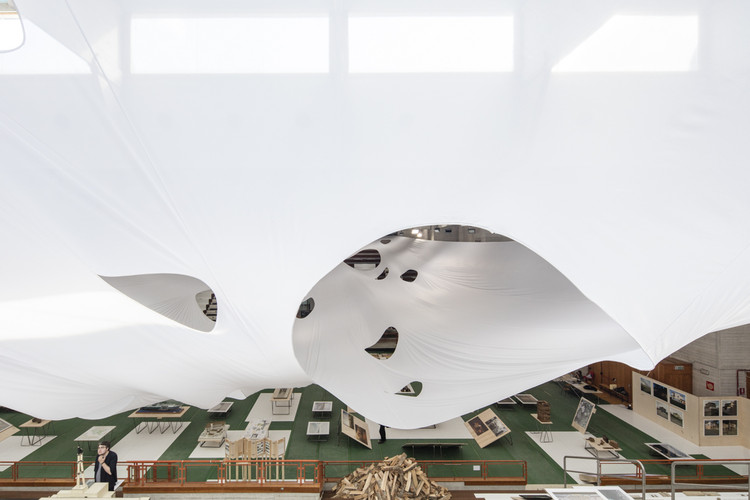 With the Baltic Pavilion, we are not only celebrating this beautiful fact of unity, but also highlighting that we're living in a moment of fragmentation of the “European Project,” and we should make people aware of these problems. The European Union can be made ours; its concept can be inhabited and consciously used. It has one amazing principle, which is to connect everyone with infrastructure and to circulate resources in such a way that conflicts are impossible. We are in this together, and we should enhance our relationships through spatial organization.

We discovered that ideas, or the mind space, has direct projections into material space. In the Baltics, we all have this popular and quite abstract idea of unity. But if we look now, a long time after the Baltic Way (the peaceful demonstration of unity back in 1989), we can see that the idealism from that time has materialized.

The Baltic Pavilion is, therefore, an exhibition in which we tried to bring all our concerns and ideas together. Really, without trying to establish a finished text, but to just show the relationships between ideas and things; to have objects—artifacts—brought together in one place and viewed as material presences. At the same time, we all have one idea, one aim: to distill what kind of spatial practice would be appropriate for the Baltics.

The Palasport, the location of the Baltic Pavilion, is a pure example of Brutalist architecture. The building is named after Giobatta Gianquinto, a Venetian, a member of the Italian Communist Party and Mayor of Venice from 1946 to 1951. Its Brutalist, cast in-situ bare concrete form carried the ethical program at the time it was built in 1977. Architecture then, was concerned with communicating the development of building technology with social purposes. Palasport exemplifies the kind of statements or architectural brief issued at that time: to formulate and provide spaces for the society that were previously unavailable. In the context of the historic city, the “Palace of Sports” had a new purpose that it still carries. It is used intensively for sporting activities and communal events. The process of using the space is complex and intertwined not only with its calendar, but also with its general function for celebrating activities by groups of people. Perhaps it is not an accident that the meaning of its ethical architectural form enhances the Baltic Pavilion installation enabling it to continue adapting and changing form through time. 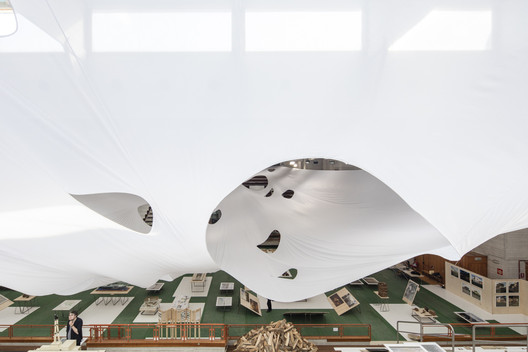