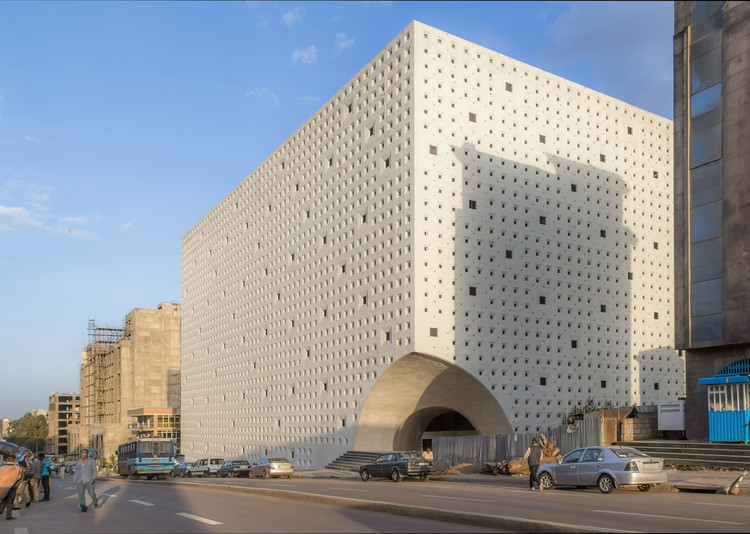 Text description provided by the architects. Xavier Vilalta´s major project in Ethiopia, Lideta Mercato, has finally topped out in Addis Ababa and is set to open this summer.

The Lideta Mercato was intended to be a shopping mall just like many others in the city of Addis Ababa. A rigorous analysis has identified the main issues of the existing malls in the city, which are commonly built using glazing structures. As a result, the buildings suffer uncomfortable thermal conditions and over-illumination in the interiors. The observation of the Old Mercato, the largest open air market in Africa, was an inspiration to redefine the program of the building, conceiving a multistory contemporary market instead of a conventional shopping mall based on large shops.

The carved volume connects two parallel streets that define the plot of the project. This diagonal connection creates a shortcut for pedestrians and concentrates all the entrances of the building. This path extends to the inclined atrium in the middle of the building, where all floors are connected. Around this void, a different layout of small shops is placed in each floor.

The skin of the building was designed considering thelocal climate conditions and traditions. The façade acts as a protection from the sun, controlling the natural light and ventilation in the interior spaces. It was built using a lightweight concrete prefab system, and the shapes come from a traditional Ethiopian fractal pattern commonly found in the local fabrics. The passive ventilation system and controlled natural lightening created between the building´s skin and the interior atrium enables the interior space to have an open-air feeling and balanced illumination.

Constantly ceased power supply is one of the main obstacles Ethiopia is facing. This occurring problem was turned into an opportunity by placing circular shaped photovoltaic umbrellas in the rooftop that create nice shaded entertainment areas.

The roof also functions as a rainwater collection system by draining and storing the rainwater in the basement tanks, which later goes through a filtration process to be reused for building´s toilets and taps. 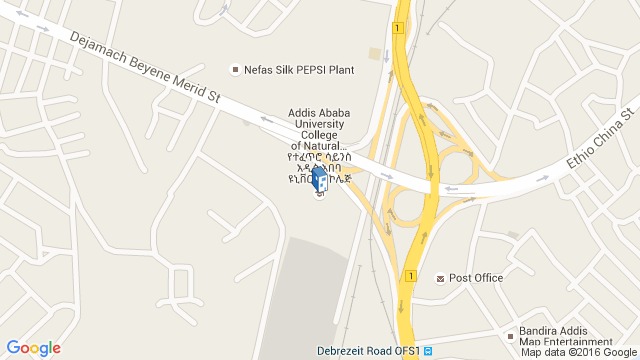 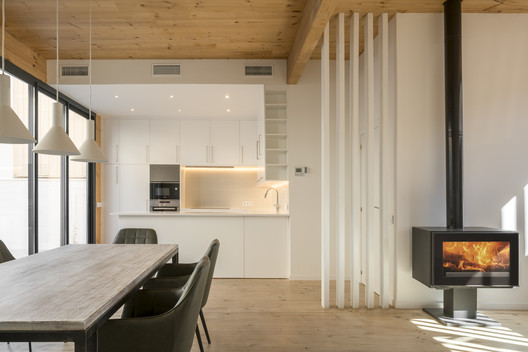 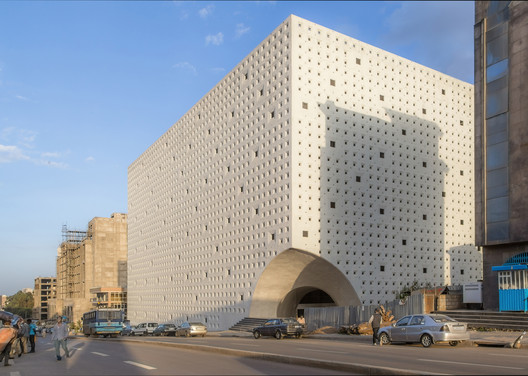