Save
The Architectural Imagination: Inside the US Pavilion for the 2016 Venice Biennale
Presented by:

The Architectural Imagination presents twelve new speculative architecture projects designed for specific sites in Detroit but with far-reaching applications for cities around the world.

As the home of the automobile industry, the free-span concrete factory, Motown, and techno, Detroit was once a center of American imagination, not only for the products it made but also for its modern architecture and modern lifestyle, which captivated audiences worldwide.

Today, like many post-industrial cities, it is coping with the effects of a declining population and an urban landscape pockmarked with blight. Nonetheless, having emerged from bankruptcy, there is new excitement in Detroit to imagine the city's possible futures, both in the downtown core and in its many neighborhoods. 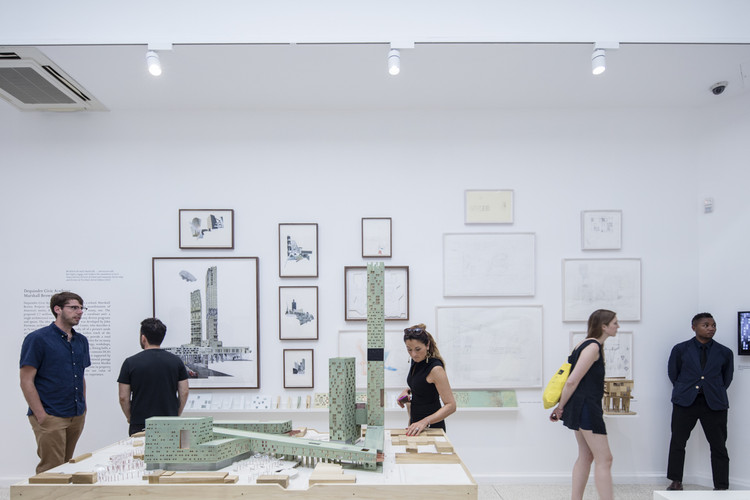 Believing in the potential of architecture to catalyze change, the curators selected visionary American architectural practices to address these futures.

With the help of an eleven-member Detroit advisory board, they also selected four sites for the projects: a lot in Mexicantown, a riverfront post office, parcels along the Dequindre Cut, and the Packard Plant.

The architects worked with Detroit residents to understand neighborhood aspirations before devising the programs and forms exhibited here. The projects not only demonstrate the value and diversity of the architectural imagination but also have the potential to spark the collective imagination, and thus launch new conversations about the importance of architecture in Detroit and cities everywhere.