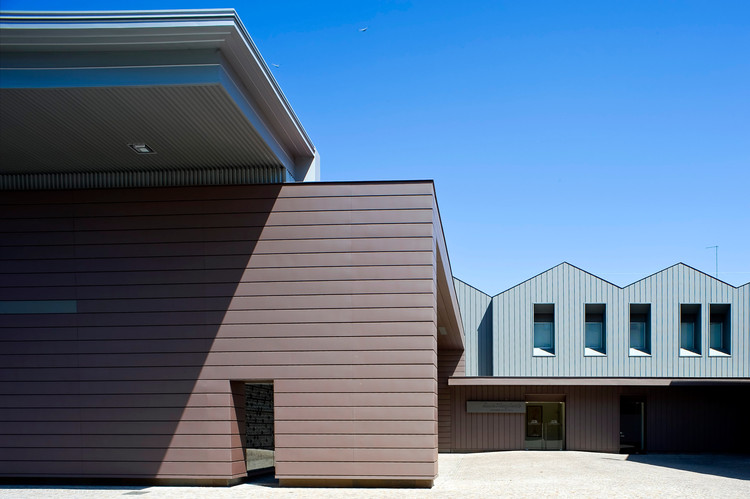 Text description provided by the architects. When observing projects by the Rome based firm Westway Architects, it is the details that attract the gaze and guide an overall interpretation of the work. The project that has bestowed a new look on the Santa Margherita Winery in Fossalta di Portogruaro, in the Province of Venice (Italy) confirms this congenial impression.

The solid geometry, created to connect and incorporate the various production blocks, is revealed through the materials and colours, whose authenticity follows quality choices by the company. Starting from the zinc-titanium slats. These run vertically along the lower part of the facade to head height and are characterized by a red earth pigment, alluding to the colour of the wine. Their tops meet the grey pigment slats, which run vertically towards the sky, creating a fascinating optical illusion. The roof has been designed from a corrugated aluminium sheet, the outer canopy is made of aluminium, and the long, white-painted beams, which appear to be the imaginary thread assembling everything, are made of steel. A glass wall both protects and reveals the stainless steel winemaking tanks. Finally, the windows “with jamb extensions, to channel as much light as possible into the offices”, as emphasized in the project report, are all punctuations in a single sculptural block.

This is a project that expresses the rhythm of the work carried out inside and outside in the yard in a dialogue between the continuity and discontinuity of volumes and geometry. Thus conceived, the architecture has achieved its goal of making movement more fluid, protecting people and property from the weather, but also of bringing together the various stages and areas: storage, wine-making area, and cellar. Each department plays a leading role and is an important link in a chain, starting from the new architectural and visual dimension that can be gathered at a general glance. Its importance is called to our attention by a backlit glass wall. Made using two thousand bottles, it solves the problem of a shaded area and summarizes the entrepreneurial stamp of the Santa Margherita Winery. During the day, it attracts the attention of those heading to the offices and by night it radiates a reassuring stage effect, in keeping with the luminous company sign placed a short distance away.

The refurbishment and renovation of old buildings with new types of facades affecting the aesthetic, energy and functional performance, is nowadays called “recladding”. In Fossalta di Portogruaro, Westway Architects has combined elegance, lightness, and strength, and has succeeded in clothing old spaces of solid tradition using a strong contemporary interpretation. And above all, has achieved an even more ambitious goal. “The requirement of the client in this project was not only to create a shell with a scenographic function that would be visible from the street, but to redesign the workplace to be more usable and functional”, says Maurizio Condoluci from Westway Architects. “Our work, therefore, involved redefining the spaces from the inside in order to redesign and rebuild their identity. The work, defined in this way, was highly appreciated by the people who use the spaces on a daily basis. This has strengthened the identity relationship between the workers, their workplace and the company”. 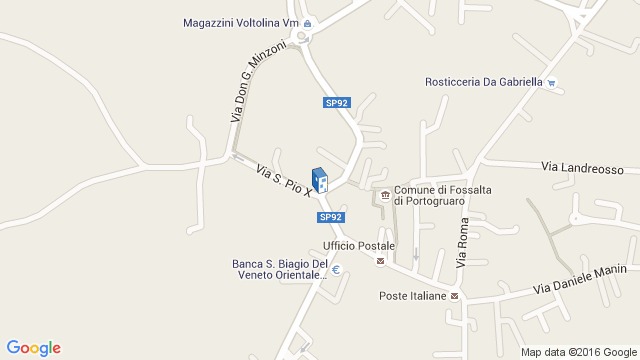