The simple looking annexe for the medium voltage grid control center provides additional space needed to accommodate the switch to renewable energy sources – you would not guess that it is a wooden construction.

At sunrise when the first sunbeam is falling over the treetops and the morning dew drips off the blades of grass you would not get any premonition that this is the heart of a gigantic energy grid.

Hidden in the forest the control center of the medium voltage grid is situated in the Upper Palatinate, a part of Bavaria, Germany.  The 53 employees are not only controlling the voltage in Bavarian power supply, but also the natural gas grid in East- and North Bavaria. If there is a blackout in Bavaria, a signal light turns on in Neunburg.

Since 30 years the area plays a significant role in our energy future. It contents the former largest solar-hydrogen pilot power station designed by architect Michael Steidl from Architekturbüro Steidl in 1987 and transformed into a control center in 2007. Now the high-security complex had to be extended, because of higher computational costs induced by the German Energiewende.

The design team of Architekturbüro Steidl added an elevated extension volume to the existing building stock by absorbing its design language in objective simplicity. “We took the yellow window frames as a corporate color coding and transported this code from the facade into the detailing of the interior”, explains Interior designer Barbara Steidl.

To accent the color yellow, we combined it only with black metal elements at the façade. In contrast to the dark façade white and grey dominate the interior design and according to the color scheme decent yellow elements can be noticed in the detailing.

By moving out of the building stock the cube has a clear direction, which is not only readable from slim openings at the side facades, but especially at the conference room that is situated at the end of the cube with a fully glazed façade. It creates a panorama view over 10.000 installed photovoltaic panels - A look ahead into the future of energy production.

The prefabrication of wooden elements allowed a short construction period of five months. After pouring the concrete platform it needed only two days to set up the prefabricated modules. Those elements are frames constructed with solid structural timber, planked with OSB plates and wood fibre insulation and filled with cellulose insulation. Afterwards the shell construction was covered by a ventilated curtain façade with metal cassettes. The floor in the interior was done with the help of a combined dry screed and floor heating system. To guarantee air conditioning the dropped ceiling contents a metal cassette cooling system.

The project was selected by a jury of the Bavarian Chamber of Architects for this year’s Architektouren, which is a performance show of Bavarian architecture, landscaping, interior design and urban planning, giving the people the chance to look behind locked doors and take part in informative conversations about contemporary architecture. 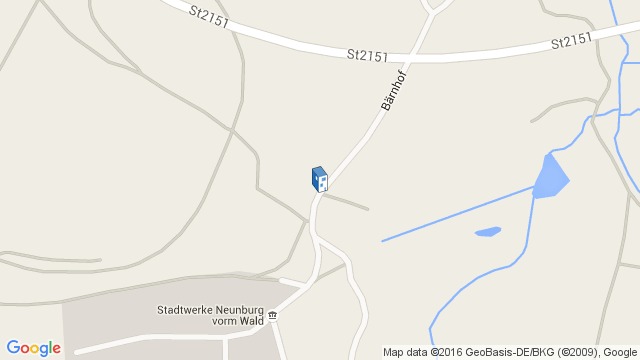 Location to be used only as a reference. It could indicate city/country but not exact address.
Share
Or
Copy
About this office
Architekturbüro Steidl
Office
••• 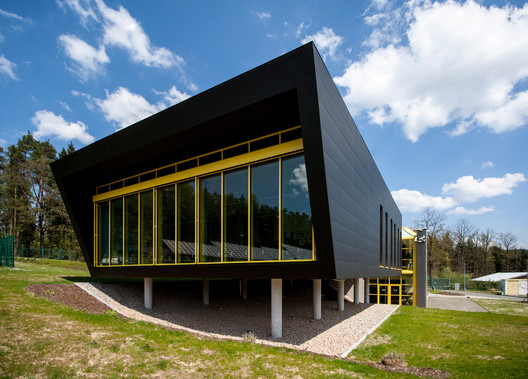