A group of 20 students from the National School of Architecture of Versailles (ENSA-V), along with chief of project Frank Rambert, have designed and built a small-scale building based on the theme of “The Minimum Habitat.”

Over a period of four months, students created individual projects meant to display, in a minimum number of square meters, the space that a person needs to live. A jury then selected one project to be built. This project covers a total of 12 square meters, with a five square meter footprint. 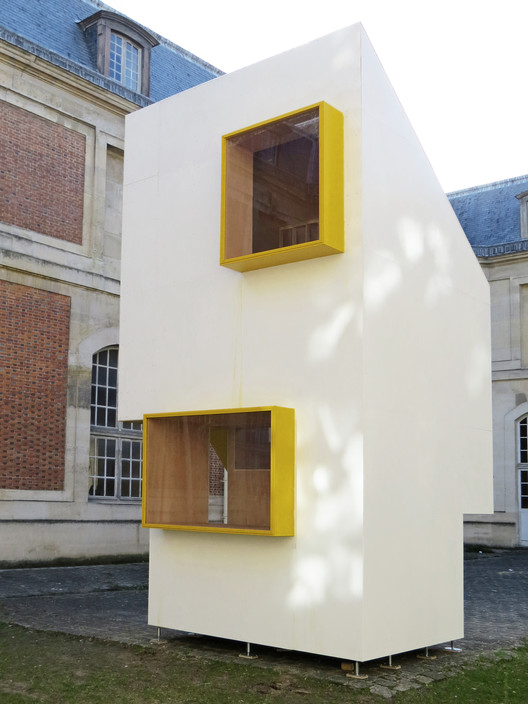 Each use of the space is located on a different level, creating a vertical progression for the user that can be seen from both the inside and outside of the structure.

The project was built in one week in Lyon, France, at the Grand Ateliers Villefontaine, and then moved to Versailles, where it is displayed in the South Court of Small Stables of Roy at the Château de Versailles.

News via the National School of Architecture of Versailles (ENSA-V).