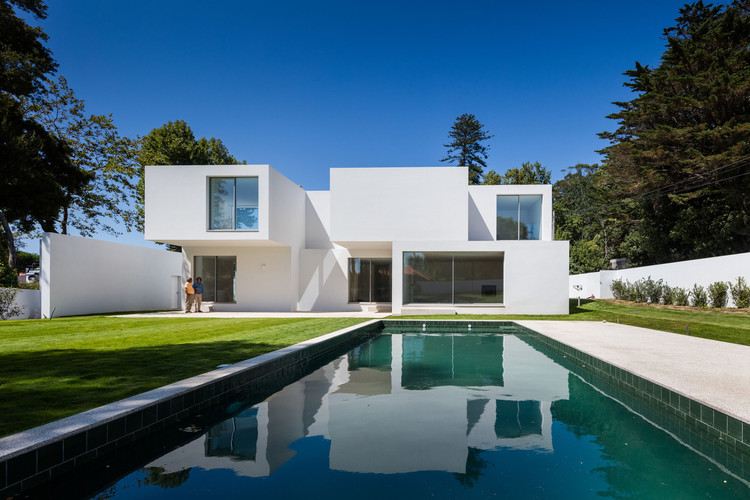 Text description provided by the architects. The plot has about 1500.00m2, oriented South West, surrounded by densely wooded gardens, in a transitional environment between rurality and urbanity.

The elevation of the land and the neighboring land runs a great risk of flooding.

This has resulted in the need to raise the construction and establish a relationship between the inside and the outside guaranteeing on the one hand a continuity of uses, and the other secures a housing character construction.

Conceptually, we tried to develop the idea of a volume that resulted from the addition of several independent casings.
Each of these enclosures (living space) was treated individually, according to their characteristics and needs, particularly as concerns the orientation, openings and proportions.

Its layout took into account a functional program and distribution pointing to the placement of the reserved areas in the 1st Floor and social areas on Level 0.

The additions of these different spaces and the juxtaposition of the two floors resulted in the image of the house.
The repetition of the 'window' element sought to unify and bring coherence to the white volume, carved and landed in the garden. 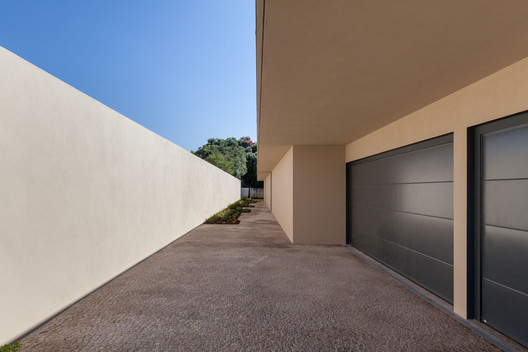 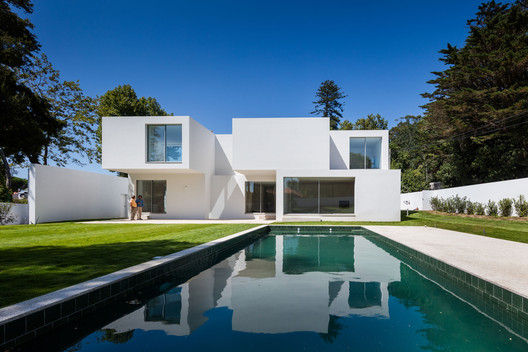