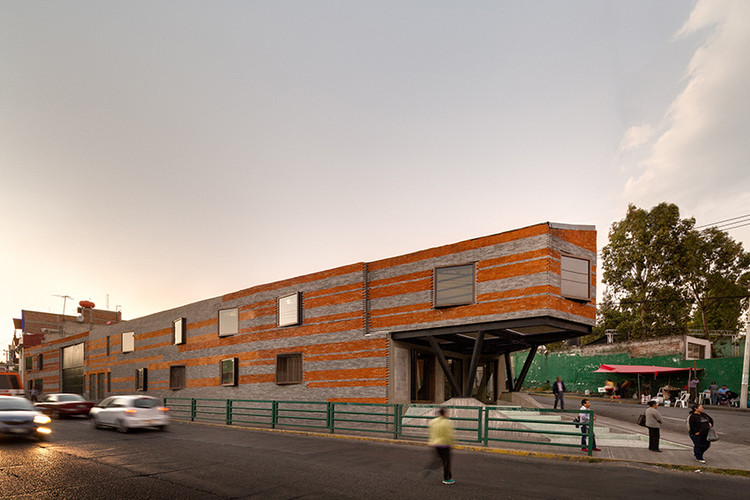 Text description provided by the architects. Triangulo Corona is located in the State of Mexico on the outskirts of the metropolitan area of Mexico City, on a property of irregular topography crossed by two major regional thoroughfares. Its context is an industrial zone rich in the so called 'maquiladoras' and storehouses, neighbouring primary and intermediate schools, a health centre and street markets.  The residential environment is one of self-construction, where materials appear in their raw state, devoid of finishes, a quality that defines the architecture and environment of this low-income area.

One of the main aims of this project was to optimise urbanisation with a focus on positive transformation and the re-utilisation of existing elements. The building had  previously been used as an automotive workshop and was already a well recognised object among its neighbours, mainly due to its unique situation, that is, a triangular-shaped corner enclosed between two bustling avenues. This site has always been a reference and an icon within the area.

Our architectural scheme consisted in a retail programme which would maintain the original structure and inner space and where further additions, in this case a mezzanine floor, were to be built using the same construction methods as the existing building. We opened commercial passages aimed at generating pedestrian flow into the building. Other considerations were maintaining the public's familiarity and connection with the building and its iconic status, revitalising public space with a focus on the pedestrian traffic, and maintaining low investment costs.

The architectural intervention starts with an undercut on the main corner, thus  accentuating the access leading to the different tenancies. The roofs were upgraded so as to allow extra natural light to the interior.

The refurbished object seamlessly blends with its context. Its geometry and image achieve maximum transformation with minimal impact, and certainly help revitalise the neighbourhood. 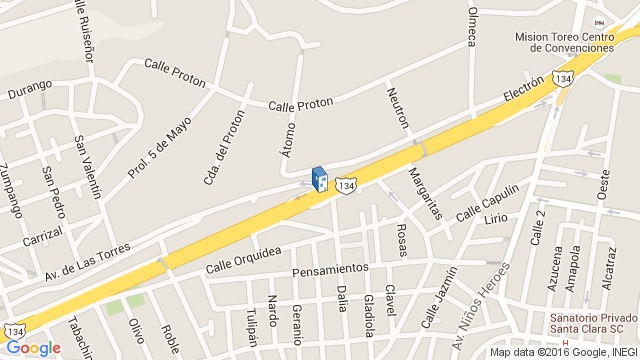 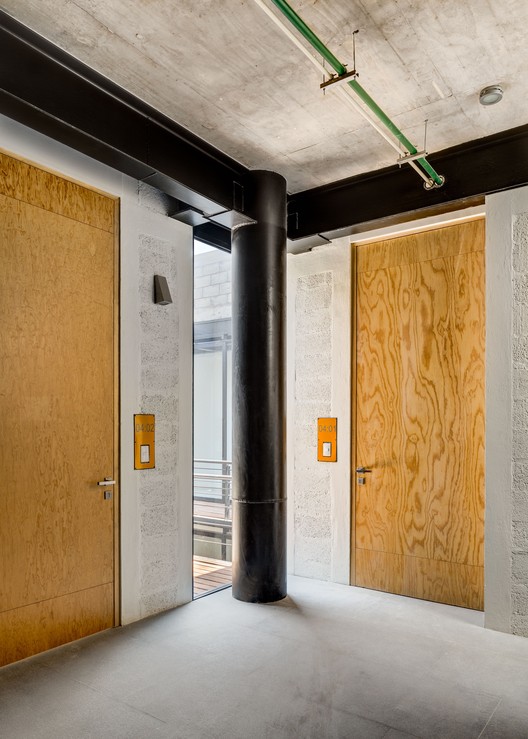