Aedas has unveiled the design for Abdul Latif Jameel's Corporate Headquarters in the port city of Jeddah, Saudi Arabia. Currently under construction, the open plan office will provide a centralized facility for 2,500 employees for Abdul Latif Jameel, the largest independently owned Toyota distributor in the world. Designed by Andrew Bromberg of Aedas, the Abdul Latif Jameel headquarters will be on a site north of Al-Balad, Jeddah's historic center, near the airport and the Prince Majid Road, a north to south thoroughfare. The headquarters project will be adjacent to existing Abdul Latif Jameel facilities including a Vehicle Service Center, workshop space, offices, a training center, and vehicle stockyard. 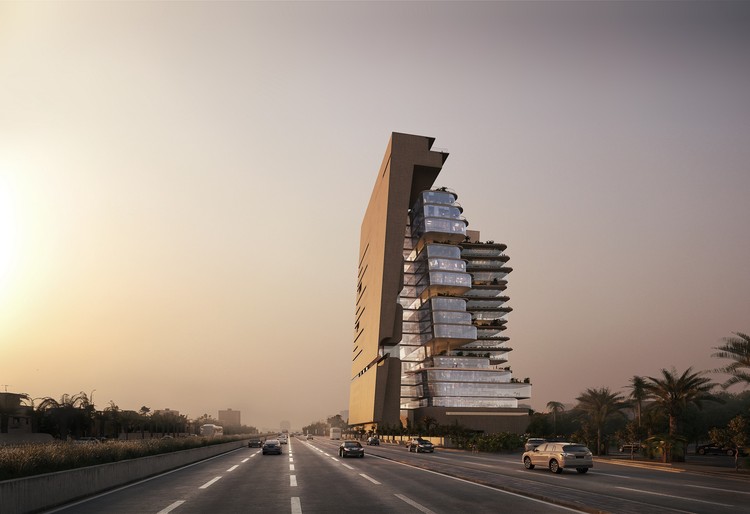 A distinct L-shape, the building will anchor the northwest corner of Abdul Latif Jameel’s property, at the intersection of a secondary road with a main artery to the city of Jeddah. The facility walls adjacent to the roads are covered in a “protective” plaster, emulating the city’s traditional buildings, and limiting the structure’s exposure to harsh western light while mitigating street noise. Glass-clad offices on the interior side of the building contain open-plan offices, while the plaster-covered street facing volume houses support services including cores, conference rooms, canteens, a gym, prayer rooms, and bathrooms.

The building’s office floors occur in stacks of three, separated by an interim floor intended for more casual office meetings and interactions. The building’s podium is topped by an exterior garden and outdoor track. Large overhangs limit the building’s sun exposure, and all roofs are covered in plantings further mitigating solar gains. The project is scheduled for completion in 2018. 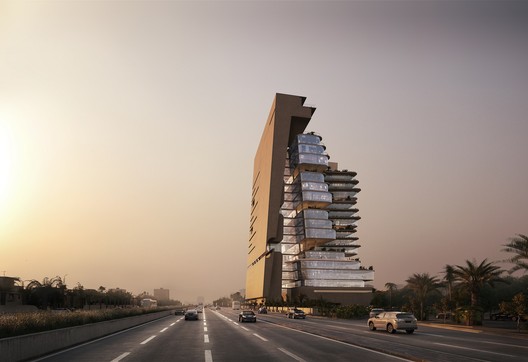