Read more
Save
In Celebration of Earth Day, 5 Overviews of Our Planet
Share
Or
Copy

This Overview is one of my favorites and has special meaning to me because it was this pattern of perfect circles that first caught my attention and helped me realize that this project was possible. I also love the vast scale of this image, covering hundreds of square kilometers, yet it still feels like a cohesive frame of satisfying geometry.

Hagadera, seen here on the right, is the largest section of the Dadaab Refugee Camp in Northern Kenya – home to 100,000 refugees. To cope with the growing number of displaced Somalis arriving at Dadaab, the UN has started to move people into a new area called the LFO extension, seen here on the left. Dadaab is the largest refugee camp in the world with an estimated total population of 400,000.

I think this is one of the most important and powerful Overviews I’ve ever created for the project. I believe Overviews such as this have the ability to catch one's attention with vibrant colors and mesmerizing patterns, but then they can also take you to a more meaningful level where you get a better understand what is going on in different areas of our planet.

The Eixample District in Barcelona is characterised by a strict grid pattern and apartments with communal courtyards. This thoughtful and visionary design was the work of Ildefons Cerdà (1815–1876). His plan features broad streets that widen at octagonal intersections to create greater visibility with increased sunlight, better ventilation, and more space for short-term parking.

From an architectural stand point, I love that the Overview vantage point allows us to better understand how the urban plan of a city truly shapes it and how it impacts both human movement through it as well as social interaction. With this particular example of Barcelona, you definitely get an entirely new appreciation for Cerda's plan once you see it from above.

Port of Rotterdam (The Netherlands)

The Port of Rotterdam was the world’s busiest port between 1962 and 2002, but has since been surpassed by the Ports of Singapore and Shanghai. The massive docked container ships seen here can weigh up to 300,000 tonnes and extend up to 366 metres (1,200 feet).

Port complexes are always some of my favorite Overviews. I love the beauty and coloration that results from the complexity of these systems that our species has developed. There is also something magical about finding beauty in this scene as its not a place one would typically seek out for a beautiful landscape. However, when we look at it this way, it's quite stunning.

Put simply, this Overview also reinforces this idea that we can find beauty in the most unexpected of places. Our infrastructure, designed for incredibly practical reasons, can also be beautiful and something that we can view with wonder.

Civilization in Perspective: Capturing the World From Above 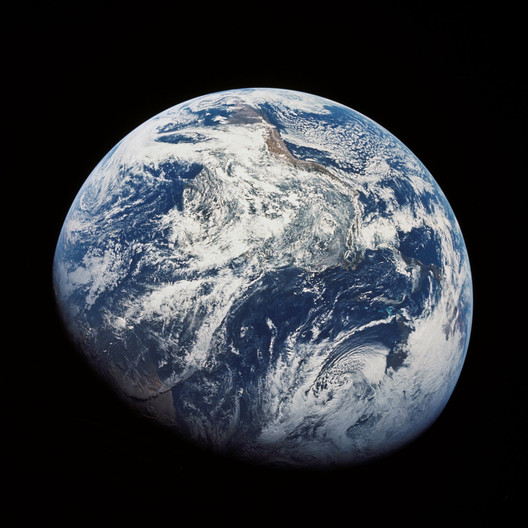