295 King Street, a 64-story mixed-use building designed by Plus Architecture and developed by Farinia, has just won approval to be built in Melbourne, Australia. The project, situated in the city’s central business district, is comprised of two sites at the northwest corner of King and Little Lonsdale streets. Its sculptural design will become a notable presence in the Melbourne skyline. Upon completion, the building will include 431 apartments and nine penthouses.

The 208 meter tower was inspired by Constantin Brâncuși's "Bird in Space" (1923), and draws on the theme of “contextual connections.” Not only is the building fully integrated with the urban context, but it provides communal spaces within the building for residents to interact and socialize.

The tower is divided into three parts: the first being the base, which contains retail and restaurants and features corner setbacks that invite people into the space. The base “has drawn inspiration from Melbourne’s street life, where historic bluestone-paved streets intersect with modern design.” The other two sections of the tower include a central, transitional area which connects to the base, and an upper section which extends towards the sky and offers views of Flagstaff Gardens. 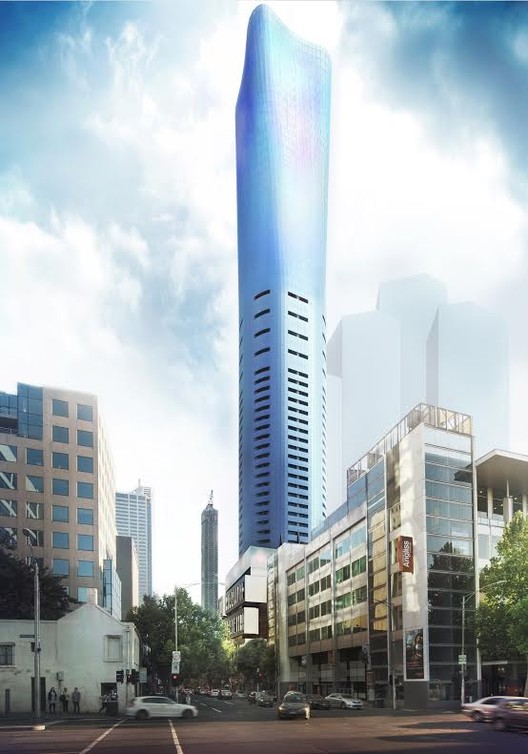