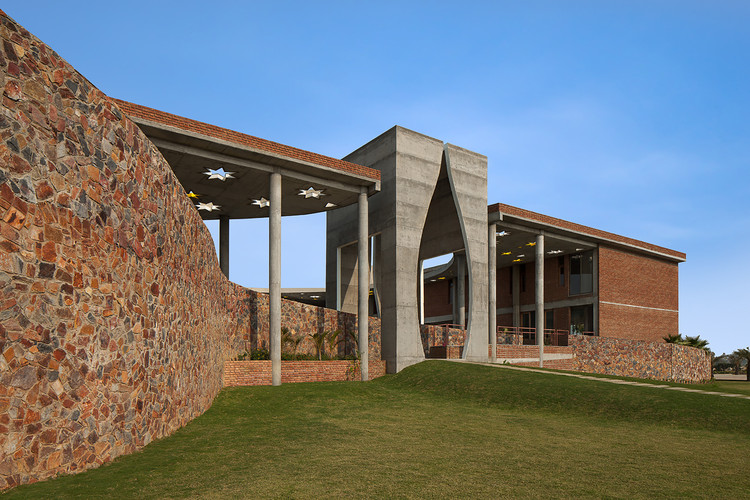 Text description provided by the architects. Envisaged as a tool to evolve and modernize Islam to make it relevant to today’s times, the National Institute of Faith Leadership is a campus that reconnects the nationalist and liberal Islamic virtues and evolves the understanding of this faith; celebrating traditional values that are relevant to contemporary times. The students of this institute are the faith leaders of the future.

The building complex houses programmatic needs of this faith facility. Devoid of design as decoration, the spaces needed to evoke bare thought. Bold architectural impressions intended to push people towards brave expressions. Play of light in space and in time both brought in the required ethic and aesthetic to the institution.

The breaking of the arch is synonymous with the opening of the mind from myths and traditions. The iconic entrance is celebrating just that; an arch in concrete removes the ‘key stone’ to liberate the form, allowing in light and space.

The basic form of this object on site is mass with a hole. A courtyard that allows light in to the building as it celebrates the introverted magnificence of an Islamic institution. The arch anchors the courtyard controlling the free flowing stone wall as the landscape respects the traditional geometry. The courtyard is positioned at mid-level to two floors of the institute so as to maximize access to nature, to light and green.

The strong ascending stone wall wraps around the rigid form to bring in a certain dynamism to the external face. It encompasses a palm courtyard to protect and limit views of the reception space. It closes the center court and terminates into a winding courtyard of its own that facilitates a ramp that wraps across all floors to make the campus disabled friendly. This natural stonewall is another element that celebrates the traditional material in contemporary light.

The basic mass of brick is a simple set of classrooms, language laboratories and faculty spaces that are multi-functional.  They open up to the courtyard with a wide verandah that works as a meeting and a sitting space. These spaces are as much a classroom as the traditional ones- One by discourse and the other by debate. The entrance area is the reception, a floor of office below and the residence of the vice chancellor above. All spaces take in light through various light wells that allow a clean closed external mass, an expression of Islamic values.

Two concrete volumes interface with the brick mass. They extrude and extend themselves out of the brick line to facilitate a slit of light and express as a mass that is further exaggerated by a large circular window. The two externally similar formal interventions are different in their internal function and thus accordingly adapt themselves spatially.

The library is a double height space with a large circle of light. The bare stone floors, wood structures and concrete walls, the double height stacks of books, the desktop multimedia library and the relaxed seating; all reflect a reflective learning space.

The multipurpose hall on other side is a prayer hall, a collective gathering space and a place for large lectures. This volume is again bathed with light through a circle and a slit. The floor below is a cool large dining hall that is punctuated by a semi-circular opening as a play of offset concrete walls to block views but allow light, a crescent light, again a reference to a dialogue between traditional and modern.

The entire mass is covered with a concrete cantilevered plane; an expression in plan of the breaking of the shell (the mind), as this overhanging protective shade of concrete shields and veils the campus, but opens up to the open arch. This floating floor on top is punctuated with star triangles with white and yellow renderings (a representation of geometric graphical Muslim motifs) that draw in a drama of forms and shades all over the internal courtyard across the day as a dialogue with the harsh sun.

This metaphoric play of stars on campus is intended to enchant and excite the mind on one side but more importantly distract it for the rigorous and regimented learning to balance the institution with flair of fun and freedom. 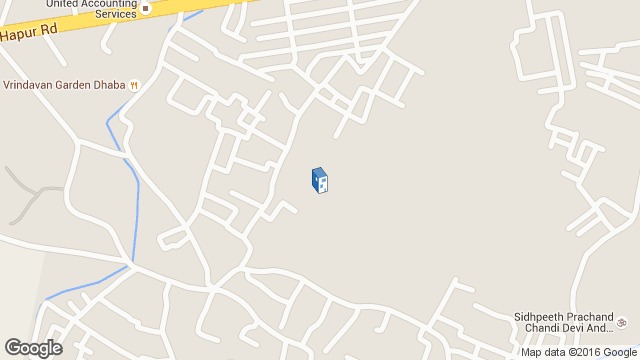 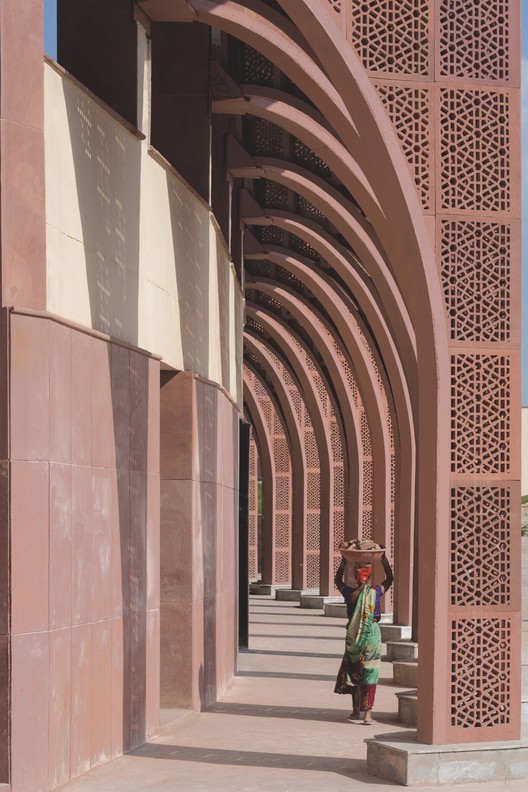 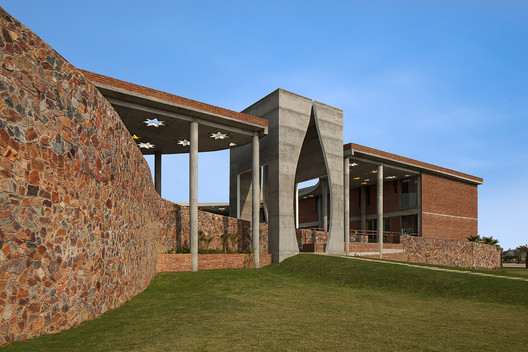