British Airways i360, in Brighton, England, has been awarded the Guinness World Record for the most slender tower in the world, with an impressive height to width aspect ratio of 41.15 to 1. The tower stands 160.469 meters tall with a diameter of 3.9 meters. The tower was designed by Marks Barfield Architects, the same team who built the famous London Eye, and is set to open to the public this summer.

“We have used groundbreaking engineering with this tower construction. Its height:width aspect ratio is considerably more than other tall buildings such as The Shard’s ratio of 6 to 1 or BT Tower’s of 8 to1," said John Roberts, chief engineer and director at British Airways i360. 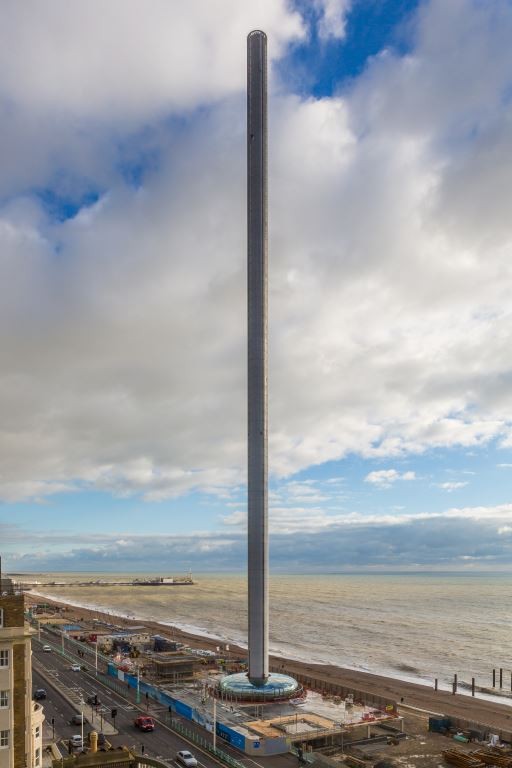