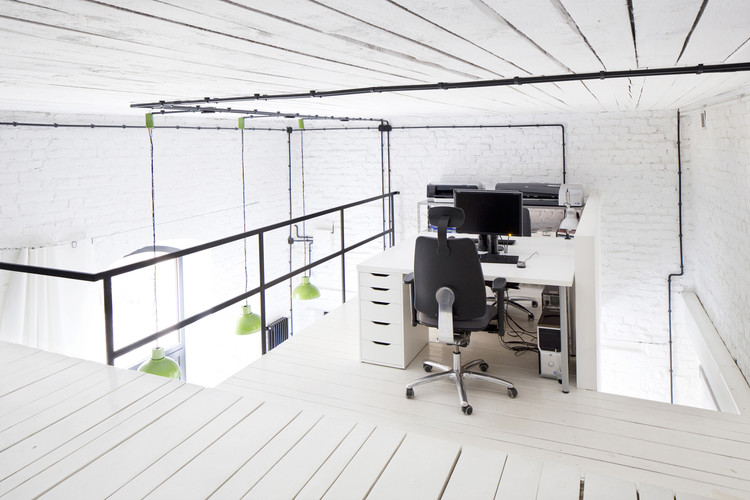 Text description provided by the architects. The respective space lies in a post-industrial quarter situated in the center of Gliwice.

The compact space, just 20 m2, has housed numerous endeavors, including an antique shop and porter's office. The main entrance can be found inside the gateway.

Upon demolition, the property was revealed to harbor an added space above the ceiling, extending the interior height to nearly five meters.

This discovery allowed for the office to be situated on two floors.  The first floor doubles as both a conference room and lounge, while the second floor acts as the workspace and archive.

Initial efforts to overhaul the space fell on a partial demolition of the interior, followed by a thorough cleaning.

The design called for a 2nd story to extend over the majority of the space, while sliding the stairwell and utilities closet along one interior wall.

The concept for the interior revolved around retaining the original surface textures offered by the walls and ceilings. In contrast to this preserved rustic feature, a sleek box containing the kitchen, closet, bathroom and furnace has been inserted in to the space. A white color scheme unites the interior, as black accents set off the details. 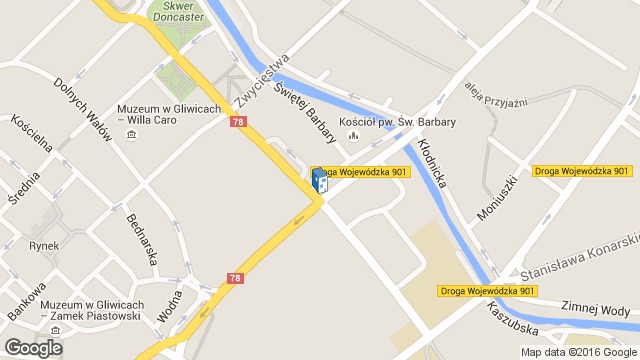