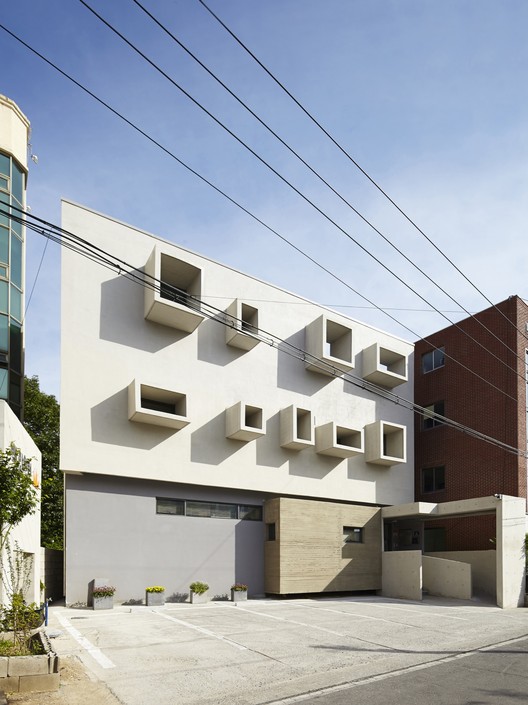 Text description provided by the architects. Attribute of the land and what should be shared...

The indeterminate form of the land was the condition that had open and closed double-sidedness at the same time. Its shape was enough to become restrictive factor and narrow at the same time as much as it should have restrictive plan design. It needed the architectural mechanism to share the open green area at the back geologically located in the high level with various areas in the interior space and at the same time to overcome the psychological closed sense of the adjacent motel. So, it was the 9 protruded concrete boxed and two roof-gardens that were utilized as a means to accommodate diverse facts of urban life without filtering.

Space with Selective Opening and Closing

That the floor of 1st floor was shifted up more than 1 m than the frontal road was the selection to filter the foreseeable changes in the surrounding environment perceived from the interior space. If entering into the waiting hall passing through the access a

space, the flow of the open green area located adjacent to the back by the architectural mechanism for the selective view are refined and unfolded in front of the sight, where the psychological sense of stability is obtained by the familiar materials, feeling of color and the filtered light. Diverse sizes of unit spaces have the standardized sense of space as much as the indeterminate form of the land is not perceived and the rooms organized organically are reorganized matching with the stream of traffic lines. 9 concrete boxes protruded with random size and depth at the front play the active role inside and outside of the space to communicate with the city. The urban landscape seen through it in the interior space comes close to us amplified with the honesty without decoration and for the pedestrian passing outside becomes the architectural mechanism worth to have interests although it is unfamiliar. Two roof-gardens installed at the back become the place for new experience to get the composure in life in the repeated daily life. There, the city, nature shown selectively through the openings with diverse directions and the changes in time and season can be felt constantly. In addition, the psychological closed feeling in the interior space adjacent to the motel at its side is overcome by the angle of diagonal wall curved appropriately according to the form of the land, the restricted position and height of the opening and the opacity of the glasses. 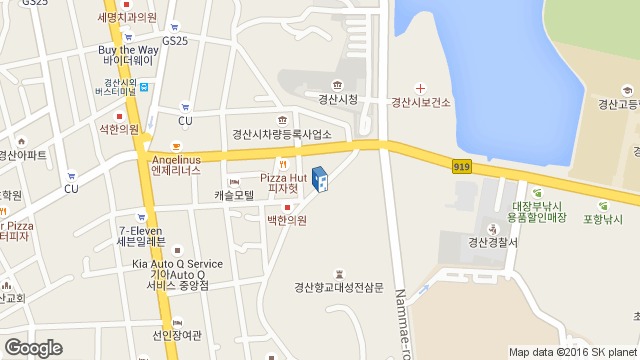 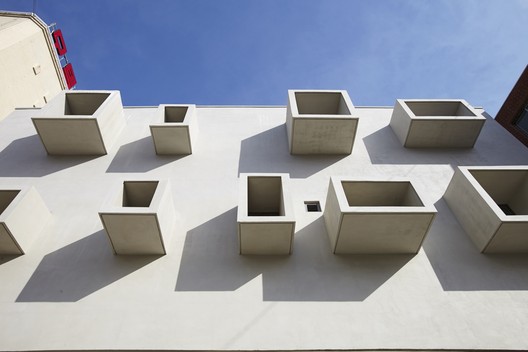