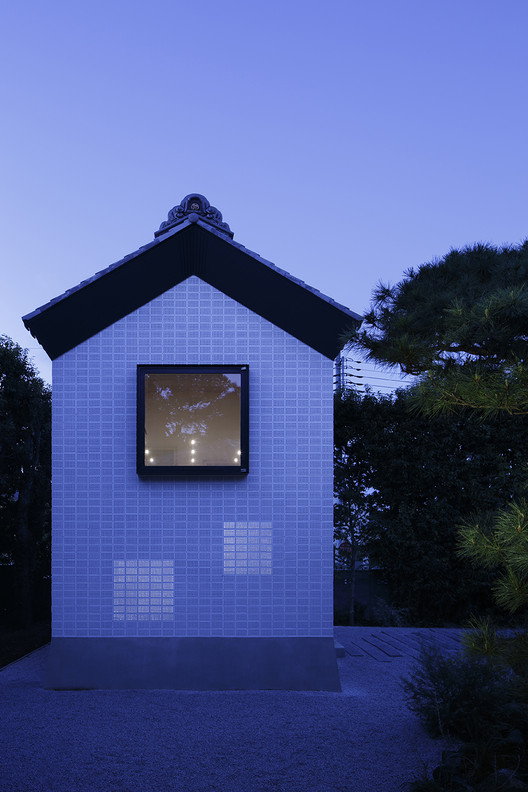 Text description provided by the architects. Linked memories and future

There was traditional storehouse more than 120 years old in the site that the client took over from predecessors. The storehouse was damaged by the Great East Japan Earthquake and was partially destroyed. It is the special project which we thought with the client about what we should keep for the next generations.

After investigating, we judged it was difficult to reuse of main structure. However, we decided to reconstruct as parts of the house keeping their atmosphere. We used the reusable parts such as roofing tiles and roof flames with the mind of the client.

We designed carefully the appearance of the storehouse was not spoiled by increasing windows which are needed for human. We thought it could be concealed the sense of existence of new windows like a wearing a lace. And we devised the facade laid original perforated bricks painted white plastery. Though it seems to be the old storehouse appearance from the outside, when we enter the inside, we are wrapped with gentle light and wind from many windows. The concealed windows of the facade is visualized at night only. The inner daub wall reappears old outer wall, and the basement wall is used the raw materials that remained in the molding process of the bricks which we selected as new outer wall.

Inheriting from the old memory and the new behavior, we hope it becomes the house that be loved from generation to generation. 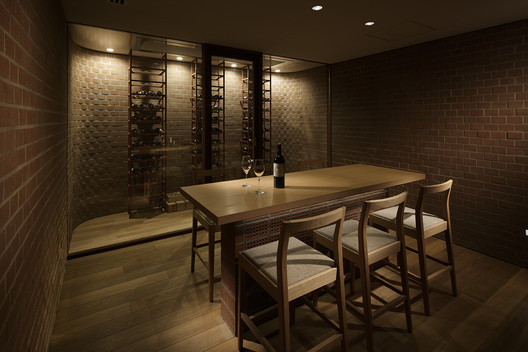