Save
"Synthesis and Containment": The Design Philosophies of Cadaval & Solà-Morales
Share
Or
Copy

With a nuanced approach to site and purpose, the projects of Eduardo Cadaval & Clara Solà-Morales are geometric abstractions that are strong without being aggressive, and alluring without being indelicate. In a new documentary on their work, "Cadaval & Solà-Morales / Synthesis and Containment," the architects explain their history and process with commentary that is interspersed by tours of their most lauded projects, and validation of their work by peers. Juan Herreros, Founder and Director of Estudio Herreros, characterizes the architects as not heroic or epic, but as with ballerinas, practice makes the impossible look easy. Josep Luis Mateo, Founder & Director of Mateo Architectura, extols, “one can understand their work by itself, without having to recall their references.” 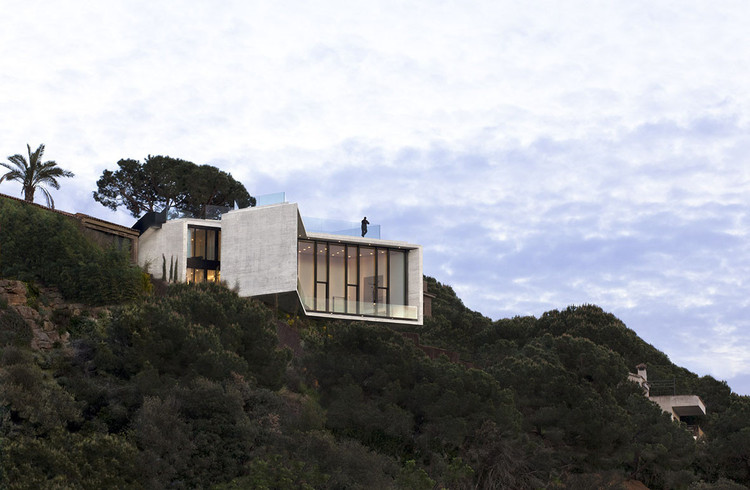 After founding their office in New York in 2003, Cadaval & Solà-Morales were drawn to Barcelona’s robust ecosystem for architecture – its public competitions, a budding design culture, and the relationship with academia – and moved their office there in 2005. A majority of the firm’s work is now completed in Spain, Solà-Morales' home country, and in Cadaval’s native Mexico. Examples include TDA House in Oaxaca, the Sunflower House in Port de la Selva, the X House in Cabrils, and the House at the Pyrenees, in the Aran Valley.

While dwellings are prevalent in Cadaval & Solà-Morales' work, they are not the firm’s only realm of success. Cadaval explains that he doesn’t believe in a narrow view of the profession, where architects are expected only to design balconies or handrails, but instead he sees writing and conversation as complementary and essential to architecture. The firm is also known for their ephemeral installations and structures, such as the PIC Pavillon in Barcelona, and artist Susana Solano’s Projects installation at Fundación ICO, in Madrid. Ephemeral projects, says Solà-Morales, encourage a directness that is less contained and anonymous than a building, because the structures are transitory. Dissociating the term from politics, Cadaval & Solà-Morales can be described as possessing a soft-power, one that does not need to convince us of its success, but thrives with a confidence that appears effortless.