CENTRO University, a premier university for creative studies in Mexico City, will celebrate the opening of its new campus this September. Designed by TEN Arquitectos, the 5,600-square-meter campus aims to embody CENTRO's "dynamic and inclusive atmosphere" with a cluster of intersecting, LEED Platinum buildings centered around a 450-seat auditorium and public park. With an ideal mix of indoor studios and outdoor work areas, the scheme hopes to offer a variety of collaborative and stimulating learning environments.

“I feel honored and thankful for the responsibility and the trust that CENTRO has placed in TEN Arquitectos by offering us the new campus commission. It has been a privilege to spend time with [its founders] and see their vision grow and flourish; a vision that has given the design, art and cultural communities of one of Latin America’s most important academic institutions, an unquestionable global reference point,” says Enrique Norten of TEN Arquitectos. 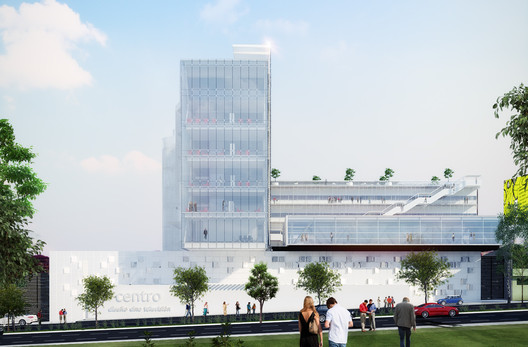