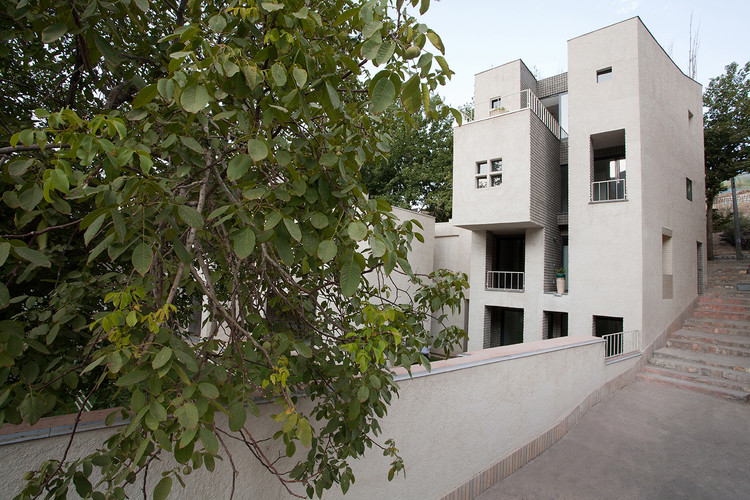 Text description provided by the architects. Pedari Guest House is a facility designed as a destination for eco-tourism in Iran. Not far away from the central desert of Iran, It is located in the ancient city of Khansar. City of Khansar is surrounded by the mountains which form a natural wall around the city. The Mountains are protecting the city from heat and create a favorable ecosystem and a picturesque landscape.

The project started with the intention to create a social space and an interaction hub for both, the locals and the visitors; a platform for the everyday activities of the locals, as they interact with the tourists, forming a socially sustainable economy. The project has created jobs and social opportunities to the people of Khansar while fostering a unique cultural identity.

The project has been a substantial actant in fostering local economy, during its construction; through engaging local work force, and after the launch of its operation, since it is again the locals that run the daily operations of the guest house. The guest house's architecture is conceived as a spatial set up that is in total accord with its greater context; the neighborhood and the city. Its scenario, spatial organization, and material pallet is designed accordingly.

The very first spatial diagram of the project is informed by the existence of a garden on site. On the north side of the aforementioned garden, there is an old family house that was renovated as part of the project and contributes to the historic aura of the complex. The volume of the new building is placed along the eastern side of the garden. The new building is divided up into three smaller parts, allowing the project to find balance within the overall morphology of the existing urban condition and parcel divisions of the neighborhood.

In order to provide access to mountain views to all blocks, the middle one has a shorter stature. In addition to this, a series of voids and empty spaces within the spatial organization of the project, creates a connection between the parts of the building and their surrounding landscape, as well as, between the project as a whole and the city, allowing nature to continuously flow back and forth through different spatial pockets of the project and the city.

The empty spaces in-between the building blocks, allow for continuity of urban condition to the heart of the project via the extension of the city’s narrow streets as narrower walk ways and alley that run through the complex. After meeting the building volume, these alleys change into corridors and the interior space organizes itself along and around them. Hence, the underlying structure of the city is projected into the organizational logic of the project's interiors.

The relation between the alleys and the guest rooms and the way that they connect to one another and the landscape, can be experienced by walking through the project. Recreating the organizational logic of dominant housing typology in City of Khansar, every room in Pedari Guest House works as an individual house on its own. These little houses are independent from the public corridors; are extended to a semi open space that faces the garden, which looks at the fields and the mountains.

In the historical housing typology of the city, each room is literally called a house. These little houses with in the house, change characteristics during the day and night as their flooring is changed, to provide for different domestic activities. The carpet is the main actant of the spatial organization of the historic Khansarian house. During the night, mattresses are laid over the carpet to change it to a bedroom. As the sun rises and the day begins, mattresses are substituted by linen to change the room to a dining space for the family to eat together as they sit on the floor and around the set up. As the day advances, different domestic set ups are created around objects that are laid around the room to provide for the suitable mise-en-scène for various daily activities from eating and sleeping, to social gatherings of the family. The rooms of the house are hence independent houses on their own right, all connected thorough a back service corridor, and also to each other. This historic domestic typology is re-appropriated in conception of the spatial organization of the guest rooms.

In order to keep the authenticity of the old family house, it is renovated using recycled and reused materials from a nearby demolition site of the former town hall, built in the same era as the family house. Using local manufacturers, craftsmanship and materials, the project's construction was completed with a low budget. Local work force was used in all aspects of construction process. Deploying local work force and construction techniques and technologies, contributes to the creation of a sense of place for the project. This has allowed for a modern interpretation of local identity that brings together new and old paradigms of space making in a contemporary manner. As such, the project puts two architectural artifacts, the old building and the new extension, with over 70 years of age difference, into a conversation that is a reflection of the social and culture lineage of City of Khansar in being a liberal city, open to the productive dialogues that can be established between the city's past and present. 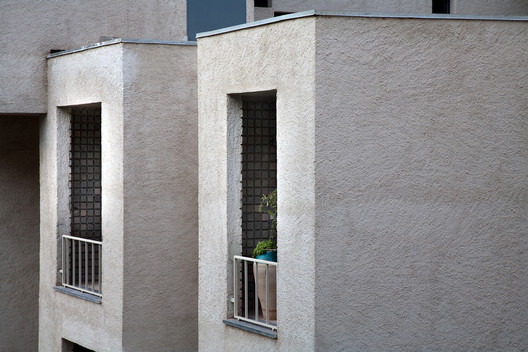