The 2015 Design Biennial Boston, now in its 4th edition, is a program that foregrounds emerging architects, landscape architects, and designers who have created inspiring and innovative practices in Massachusetts. Following an open call for entries, four firms—Cristina Parreño Architecture, GLD, Landing Studio, and MASS Design Group—were selected in March 2015 by a jury of distinguished professionals and academics. In the months since, the firms have been preparing installations that are on view on the Rose Kennedy Greenway through September 25. 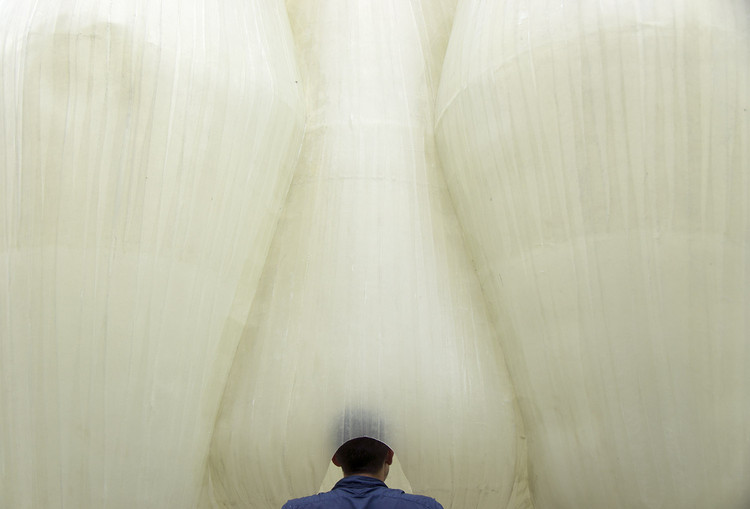 They join nineteen previous winners of the Biennial, a group that represents Boston’s deeply creative pool of design talent. A related introductory exhibition presenting previous design work of each team and the ideas behind their installations is on display at BSA Space. The four site-specific installations include Tectonics of Transparency: The Tower by Cristina Parreño Architecture, a seventeen-foot-high landmark that performs as an urban periscope constructed of 350 custom-fabricated glass blocks; Grove by GLD, a series of chambers enclosed by resin-infused fiberglass that forms a surprising collective interior space; Marginal by Landing Studio, a field of eighteen reconstituted wharf pilings recycled from a shipyard in Boston Harbor; and Lo-Fab by MASS Design Group, a lattice-like structure composed of more than one thousand wood and metal components to create an intimate gathering space.

The public installations and introductory exhibition are on view through September 25.