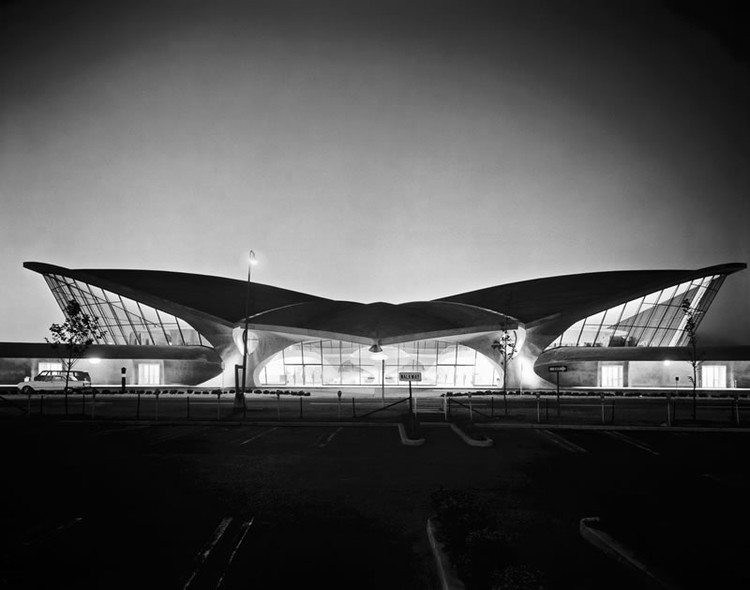 Text description provided by the architects. If you have ever flown in or out of the John F. Kennedy International Airport in New York, you may have experienced or noticed Eero Saarinen's Trans World Flight Center.

Even in the hustle and bustle of a busy airport, the building deserves more than just a passing glance. When Saarinen was commissioned in 1956, the client wanted this building to capture the "spirit of flight," and as visitors rush to make it to their flight there is no choice but to admire the swooping concrete curves that embraced flyers into the jet age.

In order to capture the concept of flight, Saarinen used curves to create spaces that flowed into one another. The exterior's concrete roof imitates a bird in flight with two massive "wings." The interior consists of a continuous ribbon of elements, all whisking themselves in from the exterior, so that ceilings continously run into walls and those walls become floors.

"All the curves, all the spaces and elements right down to the shape of the signs, display boards, railings and check-in desks were to be of a matching nature. We wanted passengers passing through the building to experience a fully-designed environment, in which each part arises from another and everything belongs to the same formal world," stated Eero Saarinen during construction in 1959.

The structure consists of a shell of reinforced concrete with four segments that extend outward from a central point. The concrete "wings" then unfold on either side of the exterior, preparing for flight. Within the concrete, the structure is reinforced with a web of steel.

The large panels of glass beneath the concrete are also supported with steel, and have a contemporary purple-tint. These glass walls are tilted towards the exterior at an angle as they reach the ceiling, as if intended for viewers to imagine looking out from a plane to the earth below. These windows also highlight the purpose of the structure, providing views of departing and arriving jets.

Saarinen died of a brain tumor in 1961, a year before the romantic structure was completed. Seven years after its completion, a new departure-arrival concourse and lounge were added to the terminal. This, however, did not help the financial deterioration the terminal slowly began to experience. When first designed, JFK International Airport envisioned having different terminals for different airline companies. The idea was more successful on paper than when brought to life, and the terminal was shut down in 2001.

The TWA Terminal became an official landmark in 1994, voted on by the Landmarks Preservation Commission. In 2005 the Port Authority of New York and New Jersey began construction of a new terminal facility for JetBlue Airways which was completed in 2008 and now partially encircles Saarinen's terminal.

The original structure has not yet undergone the necessary renovations due to aging of the structure and is still closed to the public. Other proposals include an addition of an aviation museum or a restaurant. Even so, the TWA Terminal represents a moment of optimism and ambition in the American economy and in architectural history, as well as an inventive interaction between engineering and architecture. 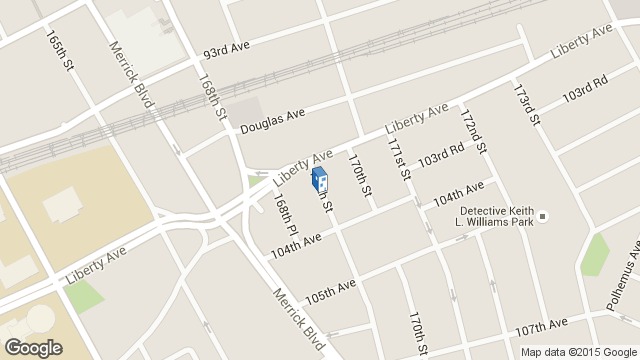 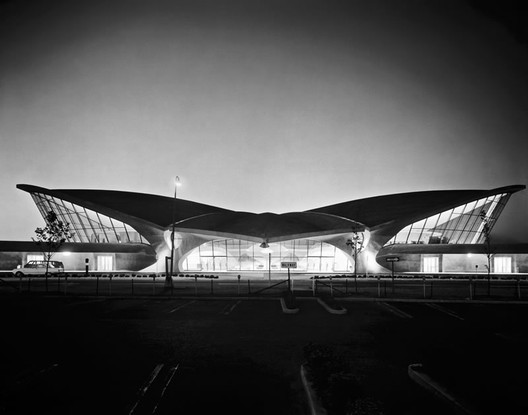