✕
Save
AD Round Up: Libraries Part IV
Share
Or
Copy

I love how different these five libraries are. From Poland, The Netherlands, Germany, Finland and Turkey, each one has its own unique design. Check them all after the break. Which one’s your favorite?

University of Poznan Library / Consultor + APA Bulat + Neostudio Architects Polish and Classical Philology Faculty Library of Adam Mickiewicz University is located in the heart of Poznan – in the close proximity to historical buildings from the beginning of twentieth century, in the immediate vicinity of the Poznan Opera House and the Prussian Imperial Castle. It was designed as an extension of the Collegium Maius – the former building of “Hakata” – the Royal Prussian Colonization Commission. The parcel is hidden at three sides by the Collegium Maius and by the building of Regional Government Office (read more…) 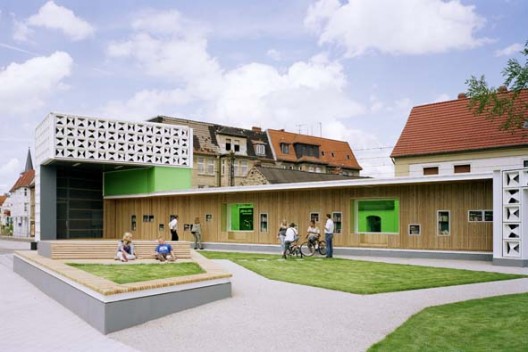 Open Air Library / KARO Architekten The open air library, we established in 2005 in an abandoned district centre in East Germany has been started with a public intervention, using beer crates as building material: On the fallow site of the former district library a 1:1 model of a possible Open-Air-Library has been build up for two days and the shelves have been filled with book donations. The residents took over the energy of the temporary project and opened up an informal district library near the site which now offers more than 20.000 books (read more…)

The University of Helsinki City Campus Library / Anttinen Oiva arkkitehdit The University of Helsinki is developing its library structure by joining together the five faculty libraries of its central campus, which are presently dispersed around different parts of the city centre, to form a single administrative unit. The largest academic library in Finland will be created in the historically important Hirvi city block in the very heart of the city centre. The new library building complements the urban block by adding a curved brick facade, integrated within the street line formed by the adjacent buildings (read more…) 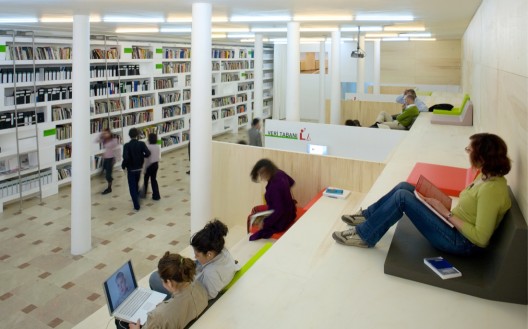 Open Library / Superpool Installation of a public reading room in an art gallery space is a generous addition to the urban life of Istanbul’s most crowded pedestrian street. The gallery space is designed like an auditorium, with seats on one side facing a ‘stage’ with the books arranged as a backdrop. The proposal with a single element tries to create multiple options for public interaction; lectures, readings, screenings, casual conversations can all be accommodated (read more…)

University Library of the University of Amsterdam / Roelof Mulder & Ira Koers A library whose decor no longer consists of books has been turned into a ‘home’ in which to study. The UvA’s enormous collection of books is kept in closed repositories, book depots and at various open locations. A growing number of students, anywhere from 1500 to 5000, visit the University Library every day in order to study and pick up their digitally ordered books. Despite plans for a new building in the future, the university wished to have a new, temporary interior design for the 2,500 sqm space (read more…)