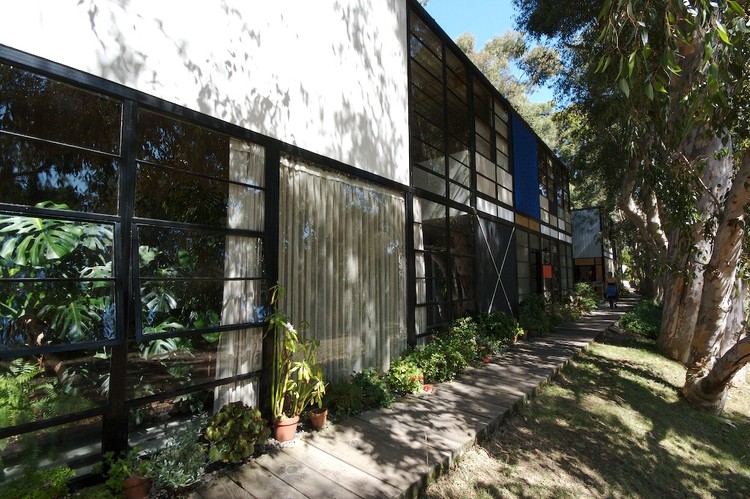 The house is situated on a three-acre site on top of an 150-foot cliff that overlooks the Pacific Ocean. The site is a flat parcel on otherwise steep land that creates a retaining wall to the west. The response to this condition was a concrete retaining wall that ties together the two boxes separated by a courtyard that make up the parti of the residence.

The two boxes serve two different functions. One is for the residence itself and the other is a studio.  Both provide double-height spaces at the corners and outer ends of both programs. This allows for a composition that breaks the space up rhythmetically, and is read on the exterior of the house with the exterior courtyard serving as a double-height space in between both boxes.

Along with the retaining concrete wall, a simple steel frame was used for the structure of the house. The steel frame used 4-inch H-columns for the walls and 12-inch deep web joists for the roof. The steel frame was filled in with different solid and transparent colored panels arranged to create a shifting light in the interior throughout the day.

The importance given to light in the design, with the exterior arranged in this particular way, can be connected to Japanese influence. This attention to detail, however, did not hinder the aspect of displaying the idea prefabrication. The house was built largely of standard components, such as the windows which measure a standard width of 3-feet 4-inches.

Contrast to the cold steel framing that forms the structure, the interior of the house is warm and comforting with its wood-block floor and the soft light penetrating into each room through each day. Wooden staircases float effortlessly connecting the lower and upper levels. The use of natural materials on the interior bring the residence closer to nature, giving the appearance of the house resting softly on the earth.  A row of eucalyptus trees was also planted at the front that provide shade and blend parts of the house with outdoors.

The Eames House is a beautiful continuation of space. The rooms are liberating, flowing into one another even between floors through the double-height spaces. Private and public spaces are not strictly divided. For example, the bedroom on the upper level overlooks the public living room with a short terrace that connects the rooms. There are no major divisions other than the separation of the two boxes, which still merge into one another with the courtyard. The house is an unrolling scroll of a Mondrian painting that exemplifies the use prefabricated materials to create beautiful endless space. 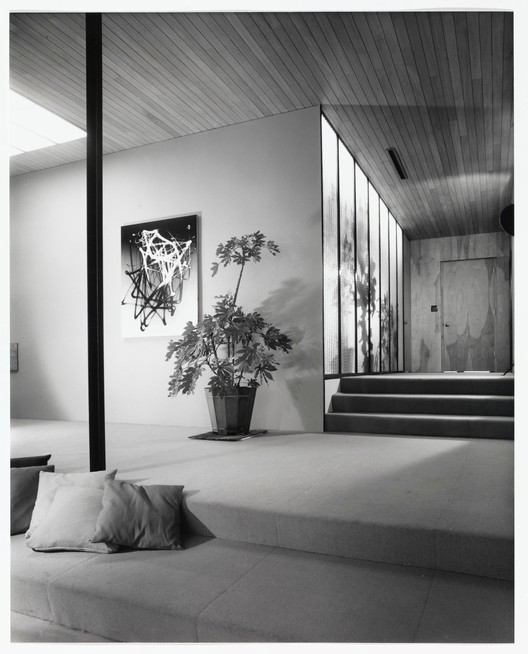