Text description provided by the architects. There are few buildings as famous as the Sydney Opera House in Sydney, Australia. Arguably considered the eighth wonder of the world, the opera house has a long history behind its design. The story behind this magnificent structure began in 1956 when the New South Wales Government called an open competition for the design of two performance halls, for opera and for symphony concerts, that would put Sydney on the map.

The Danish architect Jørn Utzon was unknown for his work at the time, yet his entry for the competition which consisted of a few simple sketches intrigued the famous Eero Saarinen who was part of the jury. The drawings submitted for this scheme are simple to the point of being diagrammatic," observed the jury. "Nevertheless, we are convinced that they present a concept of an opera house that is capable of becoming one of the great buildings of the world."

The construction of the podium began when Utzon was not yet done with the design of the opera house, and was overseen by the renowned engineering firm Ove Arup & Partners. Due to the fact that construction began abruptly without certain structural problems still unresolved, certain aspects of the podium had to be modified and rebuilt after its completion in 1963 in order to hold the weight of the massive concrete structures it was supporting.

Between 1957-1963 in the midst of the construction of the podium, Utzon and Arup worked on developing a shell system that would make the original spherical scheme structurally possible. Twelve iterations later, they came up with a solution that consisted of a ribbed system of precast concrete shells created from sections of a sphere.

This system permitted each rib to be built up of a number of standard segments cast in a common mold at the site. Utzon wanted the shells to be portrayed like large while sails in contrast to the deep blue waters of the ocean it stood upon. In order to achieve this aesthetic the shells are covered with 1,056,066 ceramic tiles made in Sweden from clay and crushed stone. Along with the placement of the tiles, it took eleven years to complete the iconic roof structure.

On February 28, 1966 after a long battle with the New South Wales Government because of the rising construction costs as the concrete shells were progressing towards their completion, Utzon resigned from the project. Despite a 3000-signature protest for Utzon's reinstatement the government appointed three Australian architects, Peter Hall, DS Littlmore, and Lionel Todd, to complete the project. After the 2,194th precast shell segment was installed in 1967 the second stage of the project was finished.

At the third and final stage of the project under the supervision of the newly appointed architects Utzon's original design was signifcantly changed. At the request of the Australian Broadcasting Commission the proposed main hall that was originally designed as a multipurpose opera/concert became a space solely for concerts, thus titled the Concert Hall which is able to accomodate 2,800 people.

The minor hall, originally intended for stage productions, was changed to house operas and ballets and was called the Opera Theatre. Grand external staircases lead into the two these two main auditoriums marking an entrance that visitors are unlikely to forget. Due to the switch of the main halls, however, the Opera Theatre is now too small to stage large opera and ballet productions. Three smaller theatres, a library, and a cinema were also added to the original design along with three restaurants, six bars, and sixty dressing rooms. The building has a total of 1000 rooms with access through a concourse that encircles the entire building and links the five performance spaces.

The design for the large exterior glass walls was also left in the hands of the appointed architects. They are supported by vertical steel mullions which extend all the way up the mouth of the shells. Bronze glazing bars run from these mullions to help support the 2000 panes of glass, which was designed by Ove Arup & Partners, and consists of two layers of glass joined by an interlayer of plastic in order to strengthen the windows and provide better sound insulation.

The building was completed and opened by Queen Elizabeth II in October of 1973. With an original estimate of 7 million dollars the budget was vastly exceeded with a final cost of 102 million dollars. In 1989 the government was informed the opera house would need repairs that would cost approximately 86 million dollars due to fallen tiles and deterioration of the structural ribs.

However this excessive cost was the price paid in order to turn the Sydney Opera House into monument of technology, society, and the world during the 20th century. In 2007 it was made a UNESCO World Heritage Site, along with ancient landmarks such as the Stonehedge. In 2003 Jørn Utzon was awarded the Pritzker Prize five years before his death in 2008. Due to the political issues that led to his resignation years before, the architect never returned to Australia to experience his finished masterpiece that is regarded as one of the greatest structures ever created. 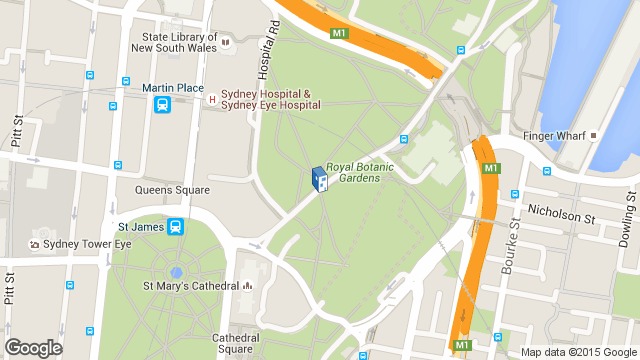 Location to be used only as a reference. It could indicate city/country but not exact address.
Share
Or
Copy
About this office
Jørn Utzon
Office
•••