Text description provided by the architects. The project for the realization of the Brescia’s swimming center, is located in the district of Mompiano in the north part of the city, near the football stadium.

The volume is characterized as an urban architecture, open to a specific relationship with the sorroundings, against the logic of sports building seen as ubiquitous object, placeable in each site.

The architectural theme is expressed by treating the compact compact block of the brown Klinker (84 x 42 x 9 meters) through a sequence of excavated fronts, that change its character in relatioship to the interior spaces and the different conditions of external reference.

This deep cuts crossing the volume and bringing the light inside the pool spaces, create precise visual relationships between the different spaces. Between the cuts of the west side there are the two staircases that connect the locker room with the public entrance on the south side of the swimmig pool placed on the northern part of the complex.

The distribution organizes three functional parts: a main  big room with a pool for water polo (33 x 25 m) equipped with a 800 seat grandstand, a nucleus of changing rooms on three levels, (athletes, users and fitness) and a room with two small pools for courses.

The main room has a large window facing the north outside lawn and to the east side it opens toward a patio with big bamboo’s plants.

On the south side, facing the street, behind the grandstand, a glass wall illuminates the underground technical spaces.The big pool room’s west internal elevation presents two vertical cuts that connect this area to the smaller pools and the public entrance.

In the west block, where the locker rooms and the two small pools for the courses are located, an horizontal window runs around the corners creating a visual continuity that connects the small pool hall with the one of water polo. On the east side, a loggia opens the gym to the exthernal  swimming pools, while another double-height loggia with a bar is in direct relation with the south public entrance. 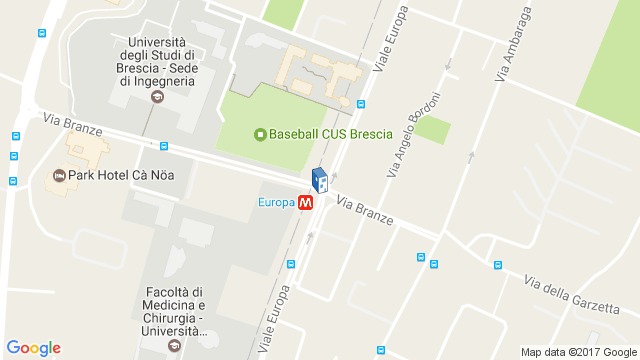 Location to be used only as a reference. It could indicate city/country but not exact address.
Share
Or
Copy
About this office
Camillo Botticini
Office
•••
Francesco Craca
Office
•••
Arianna Foresti
Office
•••
Studio Montanari
Office
•••
Nicola Martinoli
Office
••• 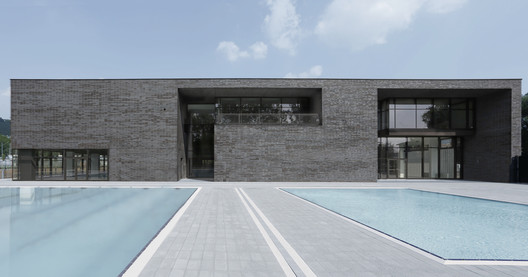